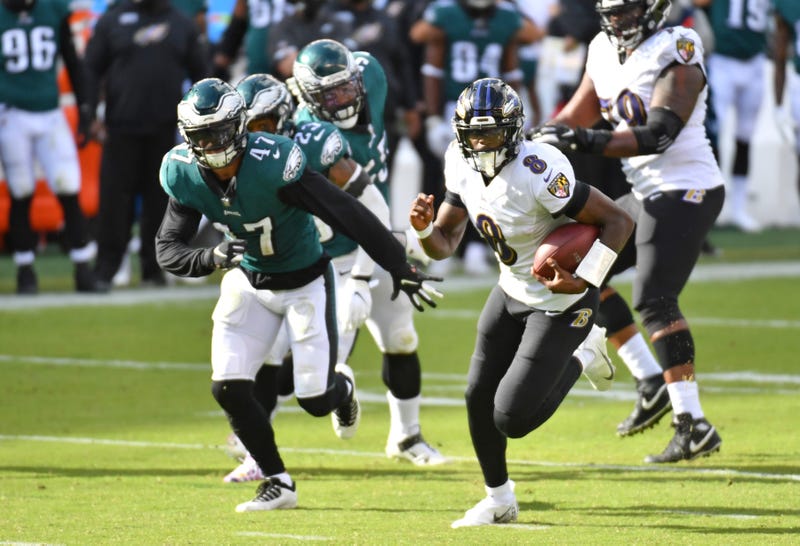 PITTSBURGH (93.7 The Fan)- Few know the Steelers-Ravens rivalry quite like Brian Billick. First, because he has watched the Ravens intently this season and breaks down the film on the Steelers as an NFL Network. But secondly, because he was a part for years serving as the head coach of the Ravens.

“What they do in terms of the running of Lamar Jackson, the play action, the RPO’s, getting into that intermediate level with guys like Mark Andrews and then they’ll get Marquise Brown crossing underneath as well.

They test linebackers. This is going to be a test for [Robert Spillane]. That shear physicality, that’s all well and good but you’re going to have to have that level of athleticism to deal with not only a running Lamar Jackson, but these receivers now and the way they operate them.

“I think you’re going to have to see a heavy dose of at least a 5-man [rush] and you have to train your guys against Lamar, you’ve got to kind of slow rush it. It’s not so much that you get home for the sack, just don’t let him outside the pocket.”

Mike Hilton missed practice Wednesday with a shoulder injury, but he’s been used all season as a blitzer out of the nickel cornerback position. Should that be utilized against Lamar?

“Yeah, I think they’re going to need to have a heavy dose of that,” said Billick. “Just to get Lamar Jackson, who’s not throwing the ball and playing quite at the level of he did last year, everyone is wondering if this is a sign of him coming back to earth compared to last year. Last year was so spectacular, if that’s the benchmark we’re going to hold for Lamar Jackson, anything less than that and he’s not doing well, that’s a pretty high mark.

If he gets outside the pocket, you’re done. It’s game, set, match. Over.”

Billick did heap high praise on the Steelers offense to this point, saying it reminds him of the 1998 Minnesota Vikings team he was on staff for, a unit that set the NFL single season scoring record.

“It was interesting because as a team, we quit looking at film really. Teams would come in and they wouldn’t do what they had done before because they couldn’t. Whatever they did, you want to take away Randy Moss? Ok, great I’ve got Cris Carter in the slot and he’s going to kill you that way. You want to roll the defense to Moss, bracket Carter inside? Great. Light box, I’ve got Robert Smith and Leroy Horton and I’m going to pound away at you.

So we kind of had an answer for whatever the defense wanted to do and that’s what I’m seeing in Pittsburgh right now. They’ve got a lot of answers.