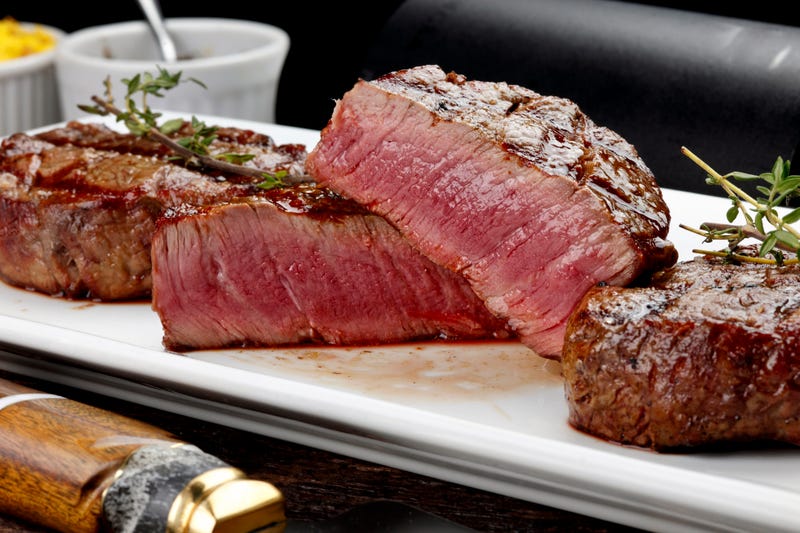 Cam Heyward is known for his sizzling play on the field, but when It comes to cooking steak, his teammates say he is “terrible.”

On the latest edition of linebacker Bud Dupree’s “Bud Brought A Buddy” he and fellow linebacker T.J. Watt talked about the steak cook-off they had last year.

The duo said defensive end Stephon Tuitt came in first followed by Dupree and then Watt, Heyward came in a distant last.

“I remember Cam Heyward’s was terrible, it was absolutely terrible,” said Watt.

“Cam is excluded, specifically excluded during the cook-off,” said Dupree.

Heyward responded to his steak criticisms on Good Morning Football Thursday saying it was a set up.

“In regards to the steak, T.J. set me up because they all have filet mignon and then they set me up and told me to bring in a different type of steak so when I brought my steak it was not good because it wasn’t the same type of steak,” said Heyward.

Man this man steak a never be as good as ours! @CamHeyward we a teach you some real down south “BBQ” https://t.co/g57MKaj1OI

“Going forward if we have another one of these, I will win, I will not take this lightly and I will make sure I have the best steak,” added Heyward.

Dupree responded on twitter saying Heyward’s steak will never be as good as theirs. “We a teach you some real down south ‘BBQ’,” said Dupree.