Justlikethat Sidney Crosby is playing his 1,000th regular season game Saturday night at PPG Paints Arena. So it’s up to those of us lucky enough to have been along to chronicle the entire ride to share a few memories that stick out.

Maybe I’m supposed to recount the spectacular goals I saw Sid score, the amazing passes, or the instinctive, sometimes unnoticed, defensive plays that I’ve always called “Sid things” because Crosby has this habit of making plays that others don’t make, simply because they can’t. He’s Sidney Crosby.

But you’ll be able to see those highlights elsewhere so I’m going to go with a few things that I’ve witness behind the scenes.

This one isn’t a secret; in fact, it’s well-chronicled.
Still, it has always impressed me how gracious Crosby always is despite the demands on his time. Often, after practices – even on game days – we will be leaving the locker room and a group or a family will be coming in as part of a charitable cause. Of course, they want to meet Sid so they do. I’ve never not seen him go above and beyond your basic photo op.

Crosby has more fun doing nice things when the cameras are not around. One example: for years, he has quietly sponsored families each Christmas for Bubba Show’s Hope For The Holidays on Star 100.7.

It’s also fairly well-known that Sid is just a little superstitious. He doesn’t do this any more but when the Penguins were still at the Civic Arena, Crosby would leave 3 sticks arranged at his locker stall in a certain way after a game-day skate. It may have had a practical purpose to create at least a little space since he tends to attract a crowd of reporters.

One day, being in a crowd of reporters and all, I bumped one the sticks and they fell over. I picked them up and did my best to put them back just the way Sid had them. I thought I had done a pretty good job. But a minute or so later when Crosby came around the corner he hesitated and looked at the sticks then did another double-take. Something obviously wasn’t right.

At that point, Shelly Anderson blurted out, “Jim Colony knocked them over.” Sid shot me a look. Thank you, Shelly. I can’t remember how Crosby played that night but it must have been okay since he never stopped talking to me. All good.

It’s also well-known that Sid is just a little competitive, not to mention intense. Sometime in 2008 or 2009, when the Penguins-Capitals rivalry was really heating up, we made the trip to DC for a Sunday afternoon game. This was when Alexander Ovechkin was in his bull-in-the-china-shop phase, going well out of his way to punish Crosby. It continued the entire game.

Again, I can’t remember the exact result but the Capitals won and Sid was – let’s say – not terribly happy. I asked him about it after the game and, naturally, Crosby’s answer was politically correct but he was clearly steamed.

A short time later, Sergei Gonchar (a former Capital) was catching up with a Washington trainer in a narrow hallway. Evgeni Malkin joined the conversation then Ovechkin poked his head out of the Caps locker room and a lively, very friendly, Russian discussion ensued after that ugly game. Just then, Crosby left the Penguins locker room heading for the bus. I was really hoping he’d say something – and we’d witness a juicy confrontation - but instead Sid just quickly walked briskly through that conversation staring straight ahead, still really, really angry and still very much PC.

Interestingly, Ovechkin made Malkin his target the following season but has softened since. Luckily, the rivalry hasn’t cooled and isn’t likely to cool anytime soon.

On verge of this milestone, the 33-year old Crosby smiled when he was asked about being like Tom Brady who, of course, just won another Super Bowl, at the age of 43. He doesn’t discount something like that happening.

Pittsburgh hockey fans will be glad to know, however, that Sidney Crosby has no intention of winning anyplace else. 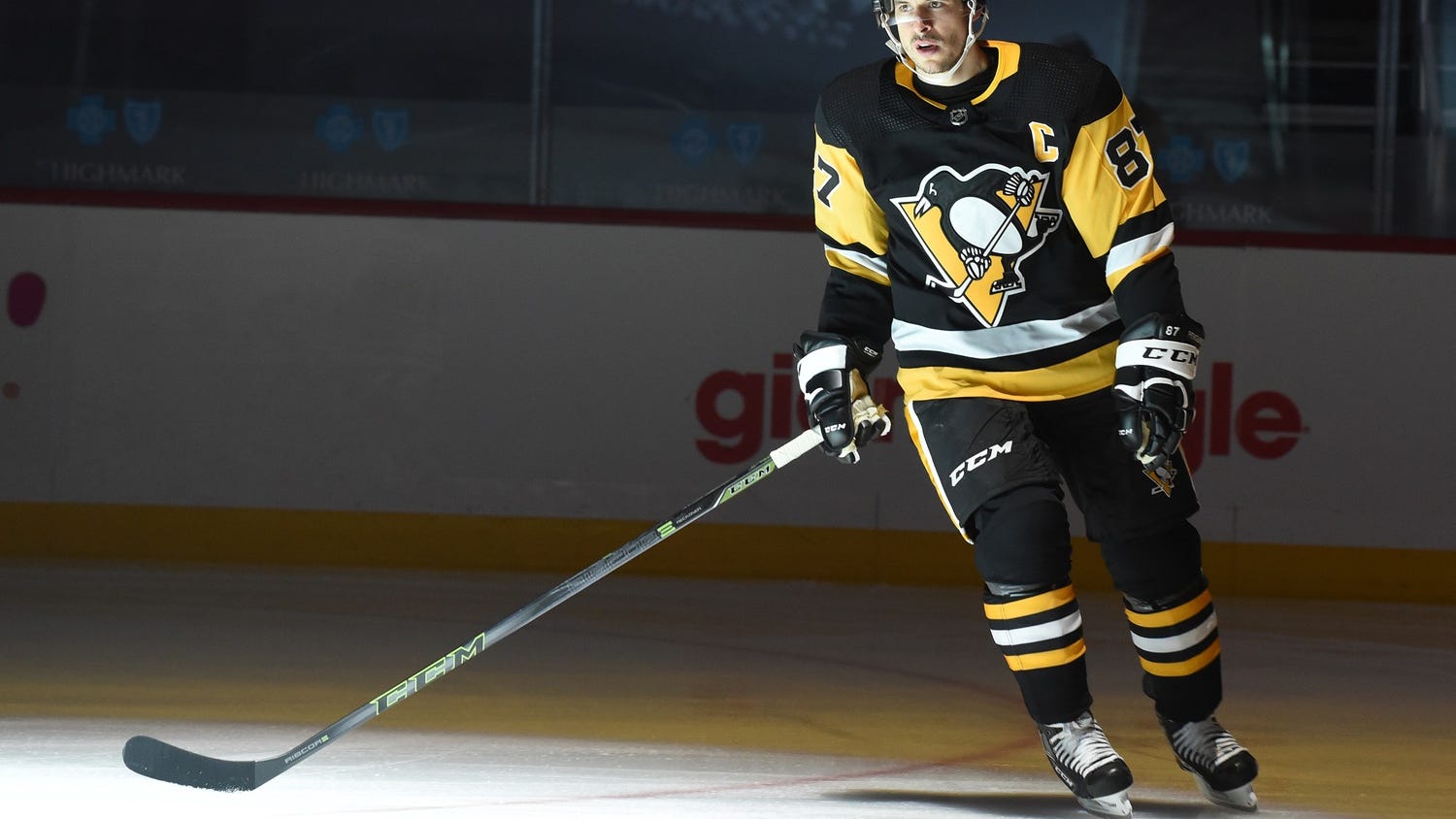