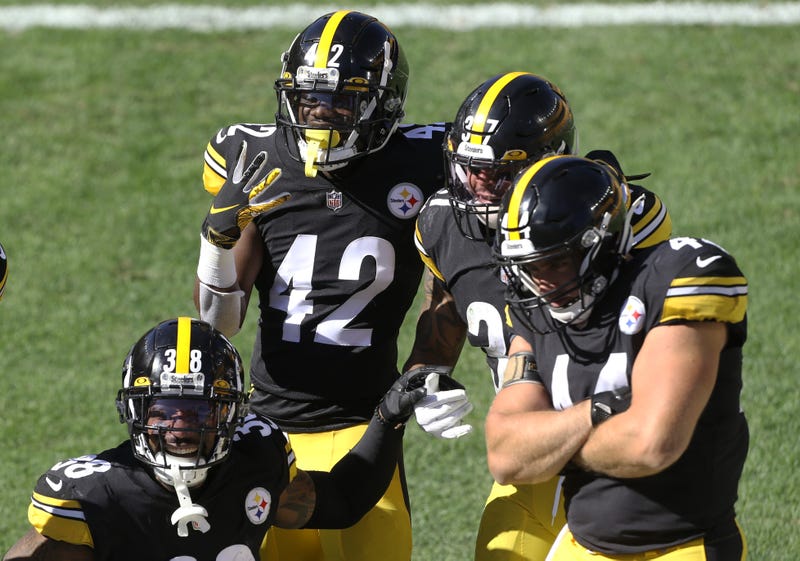 Colin Dunlap and Chris Mack of The Fan Morning Show asked and debated this Monday morning: Do the Steelers have you feeling better or worse about their squad after the first two games?

“Unless they were 0-2 and got blown out twice or had two bad losses, I don’t think I was going to feel all that much different about the Steelers than I do right now.

You had a quarterback who you didn’t know if his arm was going to fall off, you had a running back situation going into the year that you were wondering, you had a defense that you thought was going to be pretty darn good. You had a receiving corp that you know you had a bunch of guys you’re kind of figuring out a way to use them, same with the tight end situation. You go into your season and you don’t have arguably your best football player in David DeCastro, for sure your best offensive lineman.

To me it feels like through two weeks, it is like a boxer in a huge heavyweight match, with all the glitz and lights and all the famous superstar people sitting ringside on the strip in Vegas at Caesars and you’re just kind of feeling it out. You’re getting a sweat; you’re getting your legs underneath of you.

Chris agreed with that sentiment and also added this about the opponents played and the upcoming schedule.

So, there’s a lot of reasons to question, not the legitimacy of a 2-0 record because they are legitimately 2-0, but just how much we can extrapolate from it. It doesn’t change my opinion all that much. I look at their schedule, and at worst, with injuries and turnovers continuing throughout the season, at worst they’re 9-7. But they still look like an 11-5 team to me.

Two of those losses would probably come against Baltimore. I’ll chalk both of them up as L’s. Then the only other teams on the schedule they could lose to are Houston, Tennessee, Dallas, Buffalo, Indy. I’ll even say they lose 3 of those. That’s still only 5 losses.

Starting out 2-0, regardless of who you beat, is a wonderful way to jumpstart your season. Now you have to go sub .500 the rest of the way to miss the playoffs.”

How do the Steelers have you feeling through 2 weeks?