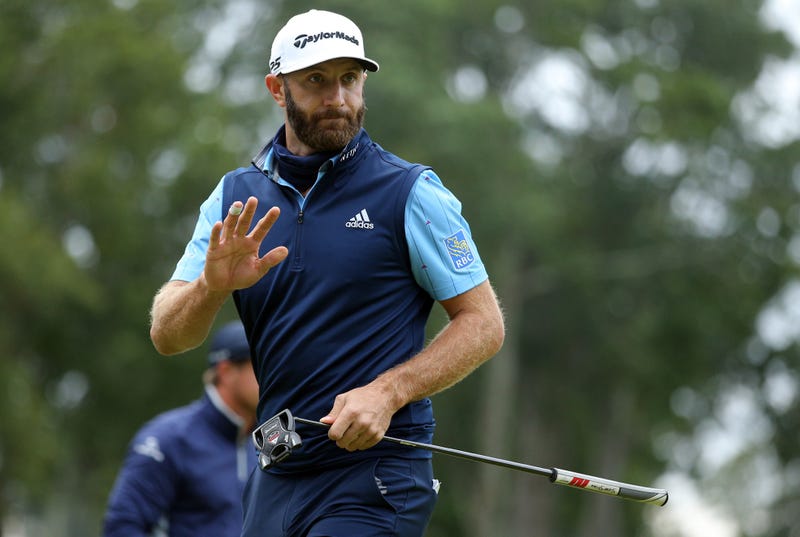 PITTSBURGH (93.7 The Fan) – Liking the fact that the course will be soft, he’s a long-hitter and he’s the player of the year, 93.7 The Fan Golf Show host Mike Duderich predicts Dustin Johnson will win his first Masters this week.

The number one ranked player in the world has won at least one tournament every year since 2008.  The 37-year-old also has four straight top 10s at Augusta, including runner up last year.

Duderich believes the predicted rain should help the other long hitters like Bryson DeChambeau, Brooks Koepka, Matthew Wolff and Rory McIlroy.  He also believes the lack of fans will allow these players to take angles and risks they wouldn’t have taken before because people were in the way.

As for the defending champion and five-time winner Tiger Woods.

“His game this year is not where it was last year leading up to the Masters,” Duderich said.  “This year it’s just not there.  Whether it’s the back or just his game in general, I don’t think he and his game at this moment are up to winning back-to-back.  I just don’t see it.”

“There are too many good guys in this field.  It’s not like it used to be in the dozen years when he dominated.  It was him and a few other guys, there are a whole lot of guys now that he has to get by to win.  That’s hard, especially when you are 43 and you’ve got a back that is hung together by fishing line and staples.”

So how confident is veteran golf reporter about his projections?

“Trying to pick a winner in a golf tournament is like trying to herd cats,” Duderich said.  “There are too many things going on.  Who finds something on the range on Monday and Tuesday and is able to put it out there.  Who finds lightning in a bottle and is able to play well for four rounds.”

The only Masters tournament contested in the fall begins Thursday morning.

Hear Duderich Saturday mornings at 7a during the Fan Golf Show.