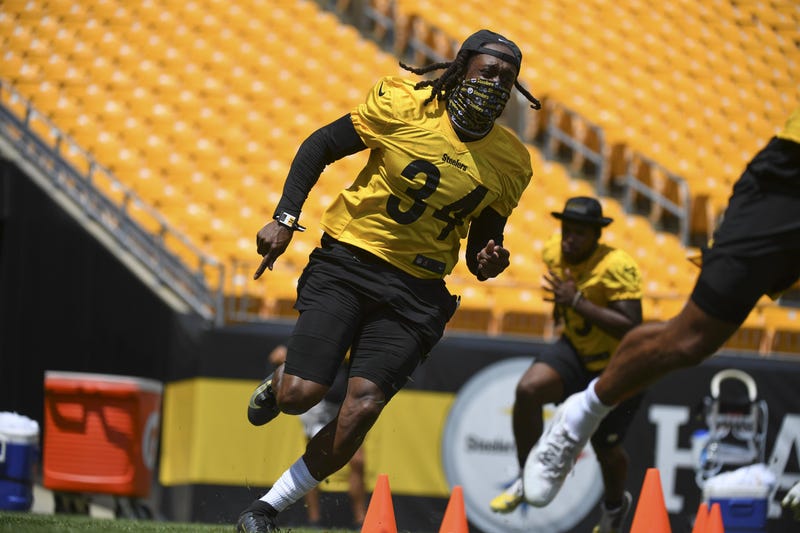 PITTSBURGH (93.7 The Fan) – “I can pretty much put that statement out there, we are the best defense.”

Steelers safety Terrell Edmunds on Friday describing the team defense with just a few days to go before the opener in New Jersey.

“We can do anything we put our minds to because our front is very spectacular, our linebackers are spectacular, our DBs are one of the best in the country,” Edmunds added.  “We just gotta go out there and be the best defense we know that we are.”

Edmunds has been limited at times during camp due to injury, but says he feels good, prepared and ready for the regular season.

The third year safety says he’s excited to play a full season with Pro Bowler Minkah Fitzpatrick.  Edmunds says the communication has been growing between them and was asked if the will move around a lot in the defense.

“So far everything has been about the same we’ve been just working together and trying to figure out what is best for the team,” Edmunds said.  “Listening to wherever the coach puts us and taking it play by play.”

“Some plays we try to mix and match, just move people around and get the quarterback off balance.  But at the same time, we’re not trying to switch up too much to mess up our stuff either.”

Senior defensive assistant Teryl Austin said last month that Edmunds needs to finish plays that are in front of him, Edmunds has only one interception in his two NFL seasons.

With Fitzpatrick, experienced corners Joe Haden and Steven Nelson along with a pair of outside linebackers with double digit sacks, Edmunds isn’t going back on his statement.

“We’re chasing that little thing called perfection,” Edmunds said.  “Every day we are trying to be perfect out there, knowing we will never actually obtain it, but at the same time we are working hard.”

“Trying to not have as many mental mistakes, not have any busted coverages, really focused on running to the ball, gang tackling.  Everyone just bringing that energy because you have to trust your brother out there on the field.  If one brother messes up, everyone else has to be out there to pick up the slack.”