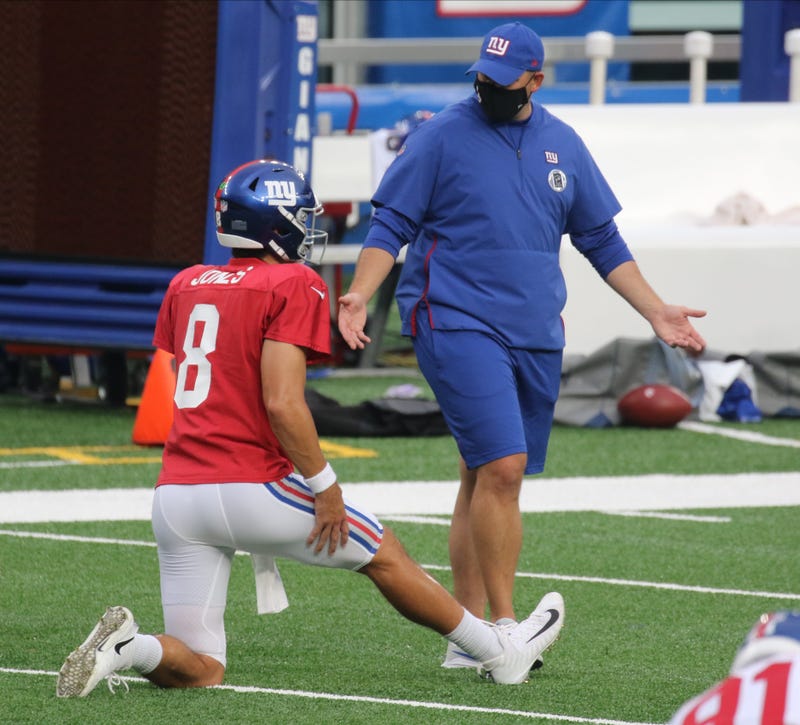 So what can we expect from these Giants? New York Post Giants writer Paul Schwartz joined The Fan Morning Show Monday to talk about the outlook on 2020 for Big Blue, and their fans.

“[People want to see them] play really hard, be competitive, look like an organized team that gets it, that the coaching staff is giving them an advantage and not a disadvantage.

Then if you get to 8-8 or maybe even 9-7 it’s like, ‘Holy cow we have something here and once we build the roster even more we’ll be a good team.’ I wouldn’t say there’s a lot of great expectations for this team, at all. I think a lot of Giants fans are hoping for a good, competitive team but 6,7,8 [wins] is probably in the wheelhouse.”

Schwartz said president, CEO and co-owner John Mara said they hope to be playing “meaningful games” in December. The biggest advantage for the Steelers might lie in the trenches.

“There’s a lot of new guys, no question, and two guys really in really key spots. Number 1, Andrew Thomas, the first round pick, the 4th overall pick in the draft this spring. He gets to go up against Bud Dupree right away. I don’t know if he’ll see any of TJ Watt but if he does, good luck with that. He looks like a good player, but he’s a rookie. Rookies usually struggle early, especially at that position so that’s something to watch.

“They’ve got a guy, a 4th round pick Darnay Holmes from UCLA who will probably be the starting nickel back, play a lot of slot. Those are the two guys that are going to play a lot as rookies. This is a Steeler team that [doesn’t have] a lot of holes, not a lot of young guys in key spots so it will be a big test right off the bat.”

Beyond just player personnel, the Giants roll into tonight with their head coach making his NFL head coaching debut in Joe Judge. He might be inexperienced as the head man, but he does have some head coaching experience around him, whether they have anything to offer him or not.

“Just the other day I asked Jason Garrett (former Cowboys head coach) what advice can you give to Joe leading into this? And he said something interesting he said, ‘I have no advice to give him.’ I tweeted that and then a lot of the Cowboys fans had their fun with it like, ‘Yeah, no kidding. He has no advice, what does he know about heading coach and getting a team in the playoffs?’ That kind of stuff.

One interesting thing about Jason Garrett is he has not called a play in the NFL since 2012 so it’s not like he’s been doing this all along. He gave those play-calling reigns over to other people when he was in Dallas so this will be a lot of knocking the rust off for him, too, tonight.”

Finally, Paul commented on what we might see from the Giants defensively in trying to stop Ben and the Steelers (hopefully) revamped offense with him at the helm again.

“(Defensive coordinator) Patrick Graham is a disciple of the Bill Belichick defense in New England. A lot of the stuff they did there, they will try to do tonight which means very multiple. Usually three down lineman.  Are they going to come after him? I don’t think on a regular basis. They are going to do things to try to confuse him, good luck with that with a guy who’s going into his 17th year.

They will try to do everything. They’ll try to mix it up, they’ll play some zone, and they’ll play some man. Usually they like to play man coverage in these Belichick systems, don’t give guys free runs on the line of scrimmage and then try to really disguise things in the back end.

The pass rush is a great concern to the Giants. There’s not one guy you look at and say, ‘Man, he is the guy you gotta stop,’ it’s not like the Steelers. They’re going to have to do it by committee.”