Despite a slew of positive COVID-19 tests and a developing players versus owners escrow dispute, the NHL plans to push full speed ahead toward a return to play. Phase 3 involves the formal opening of training camps on July 10, while the confirmation of hub city venues should be forthcoming soon.

Once the I’s are dotted and the T’s are crossed, NHL fans can look forward to a galaxy of stars returning to the ice in a revamped 24-team playoff format. The intrigue of a shortened best-of-five qualifying round and reseeding format adds spice and unpredictability, which begs the question: Which five teams are best positioned to capture the Stanley Cup? 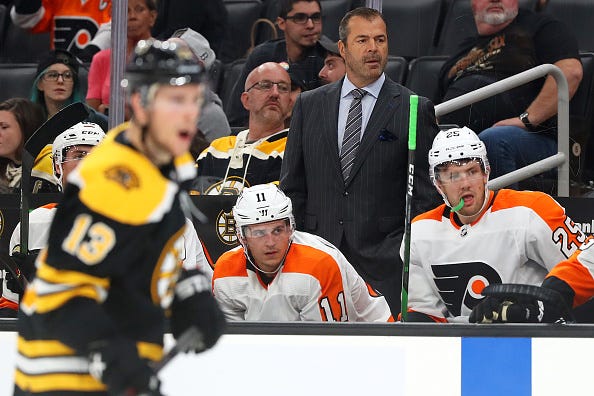 Under Alain Vigneault’s watch, the Flyers improved this year in scoring (18th to seventh in goals for per game), defending (29th to seventh in goals against per game), power play (22nd to 14th), and penalty-killing (26th to 11th).The Flyers allowed the fewest shots per game at 28.7, and while the Philly faithful need no reminding of past goaltending meltdowns, Carter Hart has the ability to stabilize the Flyers’ net. And, led by Sean Couturier and Kevin Hayes, Philly possesses several forwards who excel in the two-way mold.

Another factor to consider? Flyers fans are among the most demanding in all of sports. When things go wrong, the mood of the Philly crowd can flip in an instant. The absence of that fishbowl-like pressure could benefit Vigneault and his men.

The NHL’s pause crucially gave Mark Stone, Max Pacioretty, and Alex Tuch the time needed to heal up, but there are still questions surrounding the Golden Knights despite Pete DeBoer’s midseason revival. On paper, this team is capable of competing for the Stanley Cup – but will they?Vegas will be tested without their superior home-ice advantage. A 27th-ranked penalty kill was a weak point during the regular season, and there’s a question mark in net; normally, giving Marc-Andre Fleury the keys to a playoff run is a no-brainer, but Fleury regressed to a .905 regular season save percentage, while trade deadline acquisition Robin Lehner went 3-0-0 with a .940 save percentage for Vegas in a small sample.

Then, there’s the whole matter of the DeBoer effect. Pulling the plug on Gerard Gallant in January seemed like a rash decision. Vegas was fueled by fast legs and fancy puck movement while Gallant presided along the bench, but DeBoer reprogrammed the Golden Knights into playing with increased physicality, improved discipline, better structure, and an emphasis on shot-blocking. The DNA of this team isn’t defense-first, and time will tell if DeBoer’s changes will pay off in the long run. 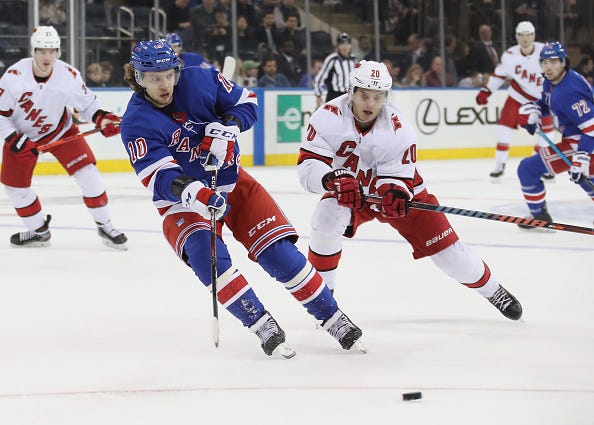 The combo of potent offense and strong goaltending makes the Rangers a dangerous bunch. Artemi Panarin and Mika Zibanejad are game-breaking talents who can singlehandedly win games on their own, while Adam Fox, Tony DeAngelo, and Jacob Trouba thrive at generating offense from the back end.There’s been some debate over whether splendid rookie Igor Shesterkin or experienced playoff veteran Henrik Lundqvist should get the nod in net, but Shesterkin’s 10-2-0 record and .932 save percentage should make it an easy decision.

There’s no shortage of offense on this squad, but the biggest question is how well a largely-inexperienced blue line handles playoff pressure. The Rangers surrendered the second most shots per game during the regular season at an even 34.

The sight of Mikko Rantanen skating for the first time since February heightens the expectations for an Avs team that came within inches of the Western Conference’s best record. And, more so than Vegas, Colorado is best poised to dethrone the reigning Stanley Cup champion St. Louis Blues as the West’s powerhouse.Colorado’s core of Rantanen, Nathan MacKinnon, Gabriel Landeskog, Andre Burakovsky, and Ryan Graves are all in their prime years, and Cale Makar’s 50-point season could earn him the Calder Trophy. And, the Avs still finished with a fourth-best goals for per game of 3.37 and a sixth-best 2.71 goals against per game, despite losing Rantanen, Landeskog, Matt Calvert, and Nazem Kadri for more than 15 games each.

The biggest question is which goalie gets the nod to start the playoffs, after Philipp Grubauer and Pavel Francouz split time. It will probably be Grubauer, who will hope to build on his .925 save percentage in last year’s postseason. 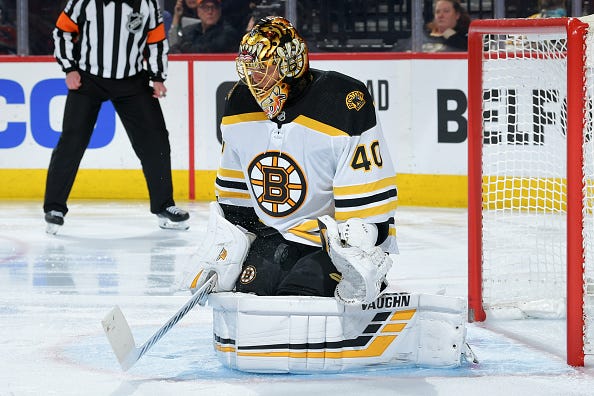 After falling short of a seventh Stanley Cup last summer, the Bruins were riding a 16-4-0 run before the 2019-20 season was paused. Though regular season statistics mean nothing once the playoffs commence, it can illustrate just how dominant the B’s can be when firing on all cylinders.The Bruins were the stingiest team during the regular season, only allowing 2.39 goals against per game, and no team bettered their plus-53 goal differential. Their 25.2 percent power play only trailed the Edmonton Oilers, and their penalty kill rate of 84.3 percent ranked third overall.

I see the Bruins going one step further this year, and getting their mitts on Lord Stanley.