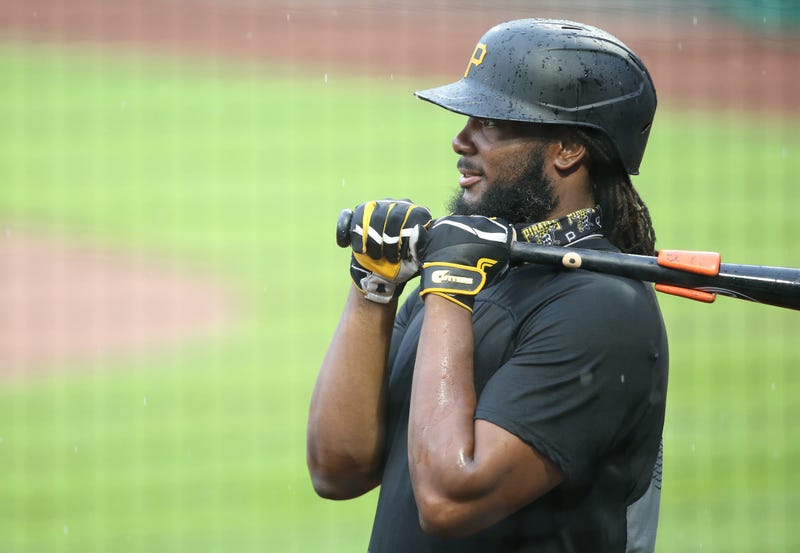 PITTSBURGH (93.7 The Fan) Major League Baseball (MLB) on Thursday announced that Josh Bell will be the Pirates' 2020 nominee for the Robert Clemente Award.

The Roberto Clemente Award is looked at as baseball most prestigious individual honor from the MLB, and recognizes a Major League player who best represents the game of baseball through extraordinary character, community involvement, philanthropy, and positive contributions, both on and off the field.

Each MLB club nominates one player to be considered for the award.

Bell was chosen as the Pirates’ nominee for his extensive work within the Pittsburgh community.

While Bell is normally active in the community programs and Pirates Charities events, his efforts this year have been above and beyond.

In 2020 Bell’s community involvement has been more personal and focused on growing new, impactful programs to address current unrest and social justice.

Bell has gone far and wide to spread the word or change and justice, including interactive video conferences with the Pirates RBI program and virtual book clubs.

Another way Bell reached out to promote change has been his own social media; Bell has started a weekly #SocialReformSunday series, where he speaks and educates others on social injustice issues, encouraging other MLB players to do the same.

The award is named in honor of Pirate great Roberto Clemente to tribute his achievements on and off the baseball field.

Only two Pirates have won the award before; Willie Stargell in 1974 and Andrew McCutchen in 2015.