This is it! It’s Championship Week and Selection Sunday is just days away. With all the conference tournament brackets set, let’s examine what bubble teams will have to do in order punch their tickets.

• “Wallflowers” are bubble teams. Everyone wants to get into the Big Dance, but not all of them have the guts to ask someone out on the dance floor.

• And elite teams that are safely in are “Dancing.” 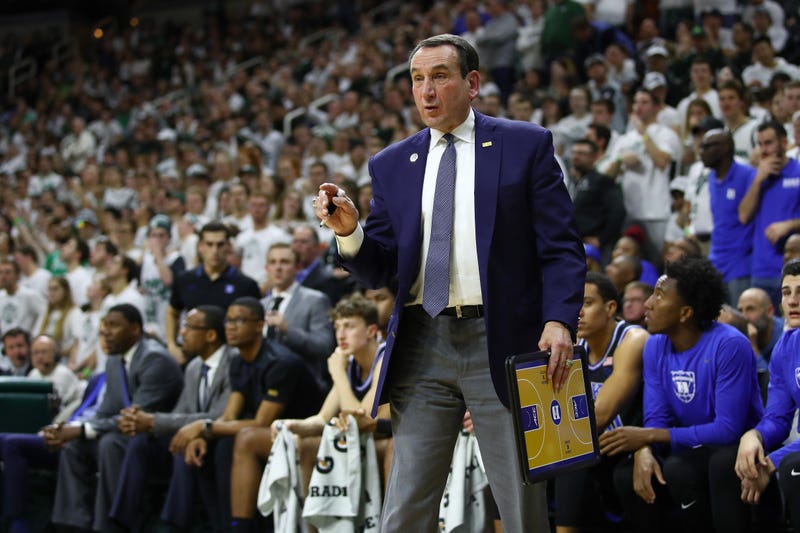 They took the long way, but the Cavaliers are right around where people thought they’d be before the season started. After starting 12-6 with losses to South Carolina, Boston College and Syracuse, Virginia has won 11 of 12 with victories over Duke and Louisville. The Wahoos are not only a lock, but they’re probably going to get a pretty good seed.

NC State closed the regular season with a 20-point win over Wake Forest. That won’t get the Wolfpack in the field, but it keeps them alive. The problem is they’re under .500 in all the important areas: road/neutral (5-8), high-end Q1 (1-4), Q1 (4-5) and Q1/2 (8-10). Add that to a 54 NET and two Q3 losses and you have a team with work to do in the ACC Tournament. NC State plays either Wake Forest or Pitt in the second round. A win does nothing; a loss eliminates the Pack from consideration. A victory over Duke in the quarterfinals, however, could punch their ticket. 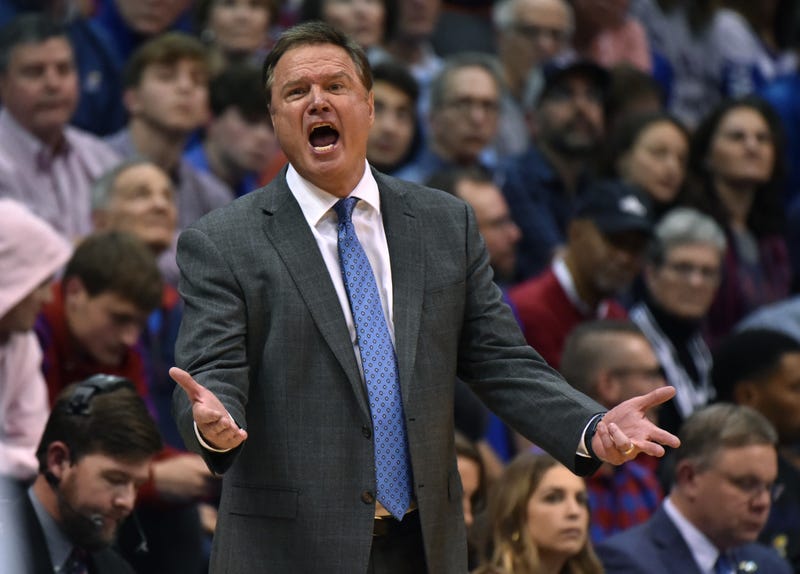 Oklahoma avoided what would have been an ill-timed Q2 loss on Saturday, edging TCU, 78-76, in Fort Worth. That keeps the Sooners on the right side of the bubble with an 11-12 record against the top two quadrants and no bad losses. A win over West Virginia in the Big 12 quarters probably locks up a spot, provided they don’t lose to Texas Christian or Kansas State in the semis. Chances are that game will be vs Baylor anyway. A loss to the Mountaineers, meanwhile, isn’t damaging, but would allow other bubble teams the opportunity to pass OU.

Texas Tech is stumbling to the finish line with a four-game losing streak. A large reason for the slide is scheduling as the Red Raiders closed the regular season with games against Baylor and Kansas, but the team sheet definitely has some warts. TTU is 3-10 in Q1, including a 1-6 record against the top-half of the quadrant. On the positive side, last year’s national finalists have no bad losses and a 22 NET. Beating Texas on Thursday will probably lock up a bid; a loss will leaving Texas Tech sweating out Selection Sunday.

That quarterfinal game will hold more importance for the Longhorns as a loss will all but definitely squash their hopes. A 22-point home loss to Oklahoma State on Saturday sent Texas plummeting to 69th in the NET. The ‘Horns have five Q1 wins, but a 2-4 record in Q2 and a nonconference strength of schedule that ranks 120th leave them needing to beat Texas Tech and probably Kansas in the semis too. 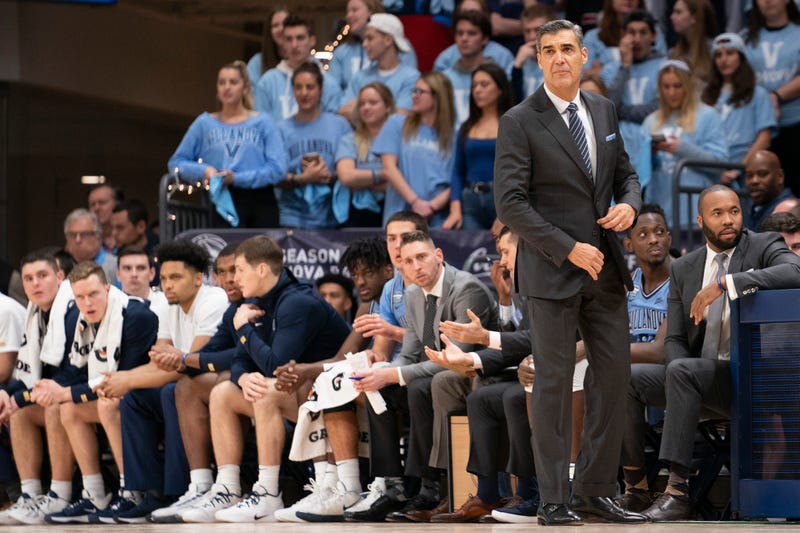 Marquette is really playing with fire. The Golden Eagles closed the season with six losses in seven games after a two-point setback at Saint John’s. With a 26 NET, five Q1 wins, an 11-12 record in Q1/2 and no bad losses, Steve Wojciechowski’s bunch will almost definitely make the NCAA Tournament, especially since another loss against Seton Hall in the Big East quarters won’t really hurt the team sheet.

Providence’s last three weeks should be used as a blueprint for all future bubble teams. On Valentine’s Day, the Friars were sitting at 13-12 overall and 6-6 in conference. Since then, they’ve won six in a row, all over teams ranked in the NET’s top 86, capped off by a 93-55 trouncing of DePaul on Saturday. Even a loss in the Big East quarters won’t keep them out of March Madness. That’s an incredible comeback.

Xavier’s heartbreaking one-point loss at home to Butler on Saturday leaves the Musketeers with work to do this week at Madison Square Garden. They’re a ghastly 3-11 in Q1, but the good news is they’re 16-1 in all other contests. A loss to the Blue Demons on Wednesday could burst XU’s bubble, a win keeps hopes alive and a victory over Villanova in the quarters would send the Musketeers dancing. 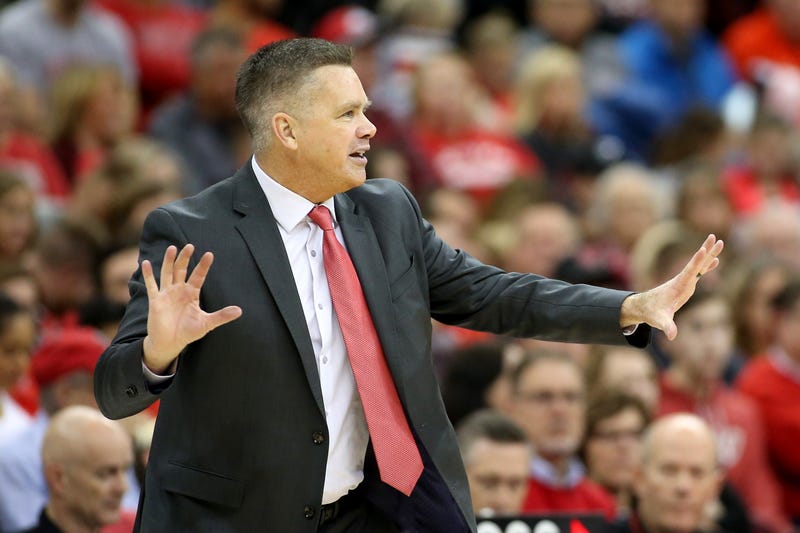 Rutgers entered the final week of the regular season needing to do two things: improve its Q1 record and win a road game at a location that wasn’t Lincoln, Nebraska. The Scarlet Knights did both. First, they beat Maryland at the RAC and then, they ended Purdue’s at-large hopes with an overtime victory in West Lafayette. There’s a chance the Selection Committee could still hold the Knights’ 2-10 road/neutral record against them, so another win over Michigan in the Big Ten Tournament would help, but chances are Rutgers is going to its first NCAA Tournament since 1991.

Indiana sure does love living on the edge. Just like last year, the Hoosiers enter Championship Week squarely on the bubble. They have very good high-end Q1 wins over Michigan State and Florida State, but IU is just 4-10 in the quadrant, 2-8 in true road games and 60th in the NET. A loss to Nebraska in the first round of the Big Ten Tournament will send Indiana to the NIT. Getting to the second round only to lose to Penn State may not be enough either as other bubble teams will have a chance to pass them. The Hoosiers would feel a lot better about their chances with a win over the Nittany Lions. 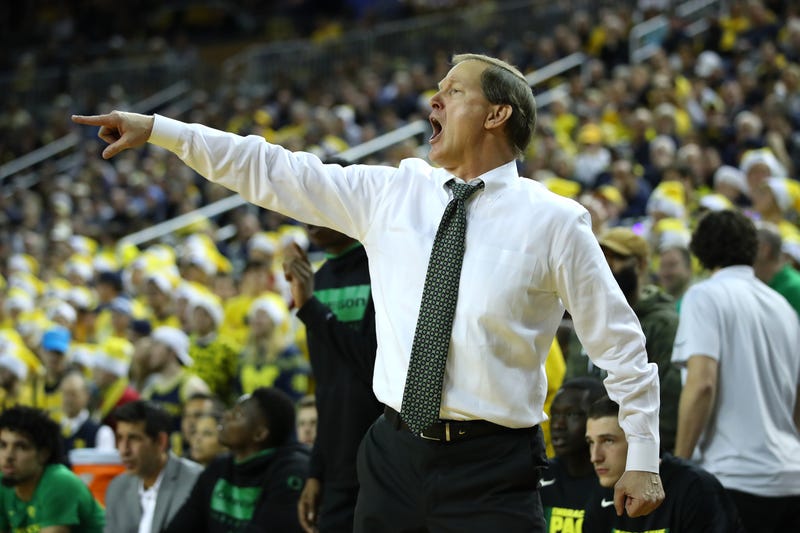 One win in Oregon probably would’ve locked up a spot for Stanford last week, but the Cardinal lost to both the Beavers and the Ducks. They now sit 4-7 in Q1 with that pesky Q3 loss at Cal still on the team sheet. The bright spots, however, are their computer numbers (NET 30, KenPom 38). A win over the Bears in the first round of the Pac-12 Tournament should probably do the trick as a neutral-court loss to UCLA in the quarters wouldn’t do too much damage.

USC finished the regular season strong with wins over Arizona, Arizona State and UCLA. With an 8-7 record away from home and a 10-8 mark in Q1/2, it’s hard to imagine the Trojans missing the NCAA Tournament, but avoiding a possible loss to last-place Washington on Thursday would be advised.

Arizona State snapped a three-game slide with a win over Washington State on Saturday, but the Sun Devils still have work to do. They play the winner of Colorado/WSU in the Pac-12 quarters. While a loss to the Buffs may be okay, falling to the Cougars would be disastrous.

UCLA’s seven-game winning streak came to an end with a last-second loss at the Galen Center on Saturday. That basket may be what keeps the Bruins out of the Big Dance because while their 6-7 Q1 record is impressive, their 76 NET is simply too low for consideration. The lowest NET to receive an at-large bid last year was St. John’s at 73. UCLA has to beat Stanford or Cal in the quarters to have any shot. 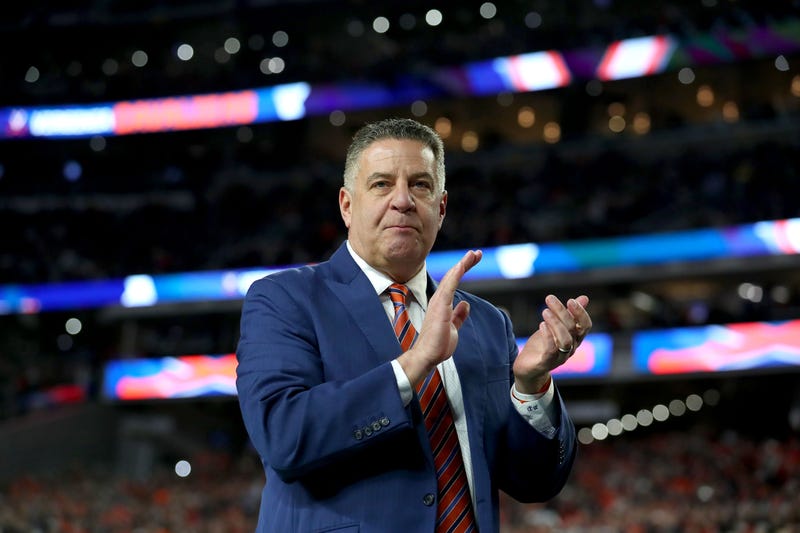 Arkansas’ loss at Texas A&M on Saturday was a terrible result for a team trying to prove to the Selection Committee that it’s a completely different team with guard Isaiah Joe on the court. While the Razorbacks are 18-7 with him playing, they’ve lost two of their last three and are 6-12 in the top two quadrants. Arkansas doesn’t have any Q3 or Q4 defeats and its NET is still top 50, but the SEC bracket does not provide the Hogs with many chances to impress. They’ll have to beat Vandy, South Carolina and LSU to have any hope.

Mississippi State is in even worse shape thanks to a 2-7 Q1 record and two Q3 losses to Louisiana Tech and New Mexico State. The Bulldogs will have to beat Florida in the quarters and Kentucky in the semis to have a chance at an at-large. 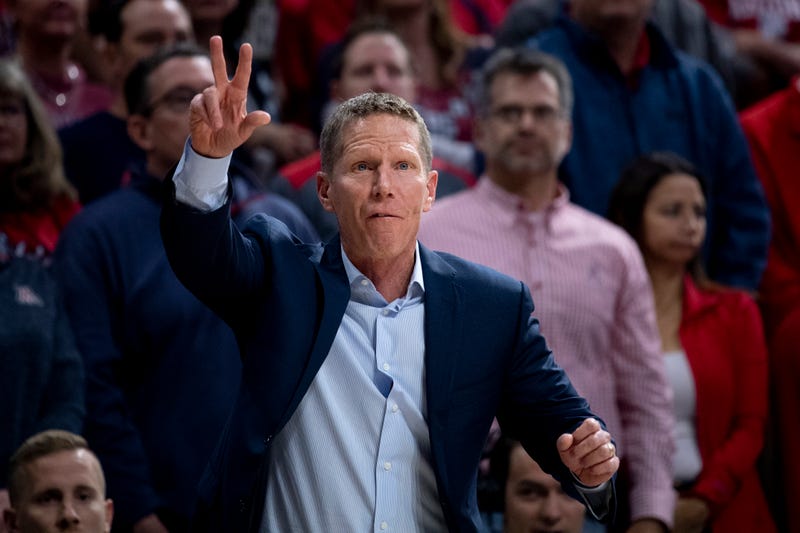 Utah State removed all doubt when it defeated San Diego State to win the Mountain West Tournament and the automatic bid that comes with it. East Tennessee State did the same by capturing the SoCon title.

Richmond closed the regular season with a four-game winning streak. The Spiders are 3-4 in Q1, 3-2 in Q2 and have just one Q3 loss (a neutral-court setback vs Radford three days before Christmas). They really need Wisconsin to stay in the NET top-25 so that victory on Nov. 25 remains a high-end Quadrant 1 victory. Also playing in Richmond’s favor are a 38 NET and 9-3 record in road games. The bad news is the Spiders may not be able to afford a loss in the A-10 Tournament aside from in the finals vs Dayton.

Northern Iowa figures to be the most talked about team on Selection Sunday. No. 8 seed Drake bounced the Panthers, 77-56, in the Missouri Valley Conference quarterfinals, not exactly an ideal result for a mid-major bubble team. However, the Committee often reminds us that conference tournament games are weighed equally to every other contest on a team sheet. Keeping that in mind, UNI’s profile looks awfully similar to Belmont’s last year when it earned one of the final at-large spots. Northern Iowa is 1-1 in Q1 with a high-end road win at Colorado, 3-2 in Q2 with a victory over South Carolina and 9-6 away from home. The trio of Q3 losses will be a problem, so the Panthers will have to root against all bubble teams and bid stealers this week.

Wichita State closed out the regular season with a convincing 79-57 win over Tulsa. The Shockers are just 2-5 in Q1 but 7-3 in Q2 and don’t have any Q3 or Q4 losses. They’ll need to beat UConn or Tulane in the American quarterfinals. A potential matchup against Cincinnati in the semis would be huge as the Bearcats are currently just outside the field due to a 2-6 Q1 record and four Q3 losses.

Saint Louis is not getting enough love after closing the regular season with five straight wins, including one at Rhode Island. The Billikens are outside the field due to a 2-5 Q1 mark and just two Q2 victories, but with a 49 NET and an 8-5 road/neutral record, they’re within shouting distance. If everything falls right, a win over Dayton in the A-10 semis could be enough even if SLU loses in the tournament final. URI is in a similar position, needing at least a win over Richmond in the conference semis.