We can’t all afford wardrobes from Bloomingdale’s and Saks Fifth Avenue—Target sells clothes too you know. There’s a time and place for impulse buys and it seems to be called NFL free agency. For the league’s 32 franchises, March is a chance to upgrade, an opportunity for teams to splurge on designer free agents, filling their Versace shopping bags with high-priced talent. Free-agent excess isn’t a luxury reserved for the one percent either—reckless spending is the norm in today’s cutthroat, kill-or-be-killed NFL.

To prevent the sport from spinning into oblivion, the NFL has put in place a hard salary cap. Can you imagine how out of whack the league would look if Jerry Jones had no spending limit on his AMEX card? Mom-and-pop shops like the small-market Bengals and Browns would close their doors faster than Blockbuster after Netflix swallowed them up.

In our current, hard-cap setting, even the most liberal spenders will have to get creative in their free-agent purchases. Below are some cost-conscious avenues teams with budget constraints can explore ahead of the NFL free agency period set to begin on March 18. 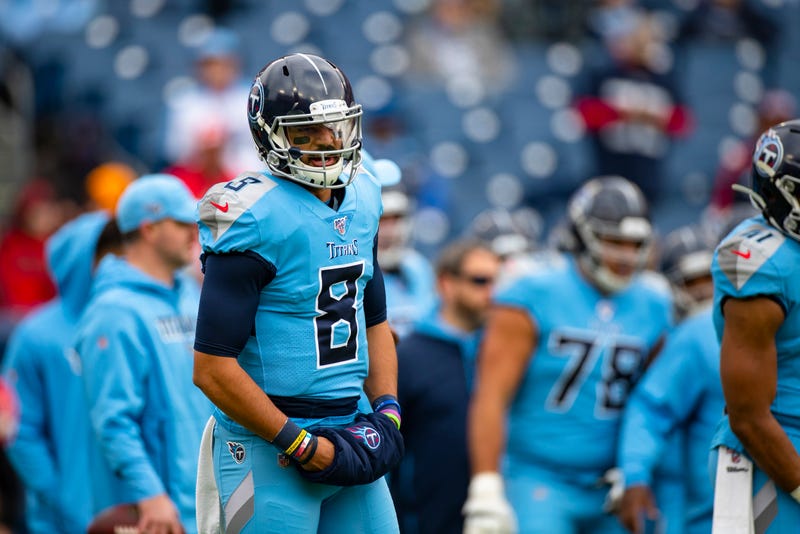 Buyer beware—quarterbacks rarely come cheap. Even Teddy Bridgewater, who has spent the last two seasons honing his clipboard-holding skills in New Orleans, could command $30 million annually this spring. That’s a pretty penny for a field general boasting just 34 starts on his NFL resume.

Marcus Mariota is probably the closest you’ll find to a bargain at QB (trust me, I researched this). Many view the 2014 Heisman winner as a backup-caliber talent—it’s not a particularly encouraging sign that Tennessee immediately took off upon his benching (for Ryan Tannehill, of all people) last season. But the former Oregon standout is still relatively young (26) and an uncommon athlete for his position (he once threw a touchdown to himself in a playoff game). He’d be a worthy reclamation project for a team like the Bears, who are reportedly looking for a veteran to challenge perennial underachiever Mitchell Trubisky this offseason.

Durability has never been Mariota’s calling card—the next time he plays a full 16-game slate will be his first. But the former Titan has always brought a strong locker room presence and could be a serviceable starter if called upon, perhaps in New England, where the Patriots appear to be bracing for Tom Brady’s departure. 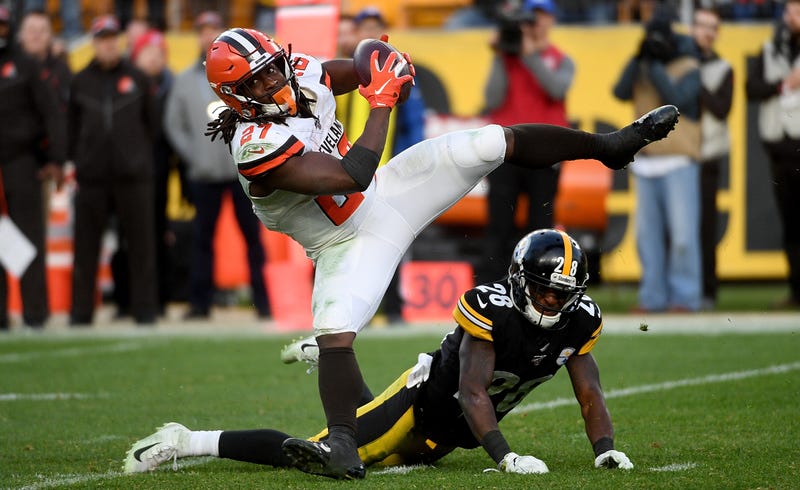 We know Derrick Henry and Melvin Gordon will be leaving free agency with Brink’s truck money (perhaps Kenyan Drake will join them in their new tax bracket), but familiar names like Jordan Howard, a two-time 1,000-yard rusher (albeit with limited athleticism and absolutely zero receiving chops), and PPR darling Chris Thompson should come much cheaper.

However, the most intriguing name on the market may be Kareem Hunt, whose burgeoning career took an unexpected detour when video of a troubling off-field incident led to his release from Kansas City. Hunt returned to the gridiron as a Brown last season, but not before serving an eight-game suspension for violating the league’s code of conduct. Even as a part-timer in Cleveland, Hunt’s talent was still evident as the 24-year-old surged to 464 yards from scrimmage and three touchdowns while caddying Nick Chubb. Not every fan base could stomach a player with Hunt’s checkered past, but if he manages to walk the straight and narrow, the former rushing champ could be the steal of free agency. 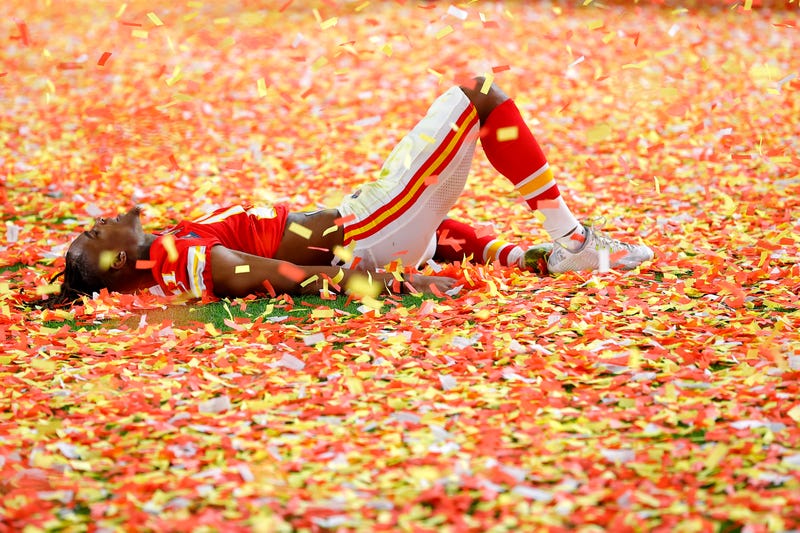 For teams who inevitably whiff on the free-agent power trio of Amari Cooper, A.J. Green and Robby Anderson, boy do I have a consolation prize for you! His name is Nelson Agholor. Just kidding. Since nobody (especially not this scorned Philadelphia firefighter) wants that, why don’t I suggest a far more appealing alternative? Chiefs alum Demarcus Robinson would be the perfect pivot for teams unable to foot the bill for some of the more expensive items on this year’s receiver menu.

Robinson’s counting stats won’t wow you (75-949-8 career receiving line), but that’s only because he spent the bulk of his Chiefs tenure buried behind Tyreek Hill, Sammy Watkins and, to a lesser extent, Mecole Hardman. Not to mention that Patrick Mahomes and his predecessor Alex Smith were both enamored with tight end Travis Kelce.

Despite middling production, the 25-year-old offers plenty of untapped potential. He gave us a taste of his ceiling in Week 2, obliterating the Raiders for six grabs spanning 172 yards and two touchdowns. That game stands as an outlier in what has been an otherwise pedestrian career for the Florida product, but the play-making Robinson has the look of a hidden gem, provided he finds the right opportunity.

While we’re on the subject, late bloomer Breshad Perriman would also make sense for cash-strapped teams still looking to add an impact receiver in free agency. Over the final five games of 2019, only Miami’s DeVante Parker (507) contributed more receiving yards than Perriman (506). 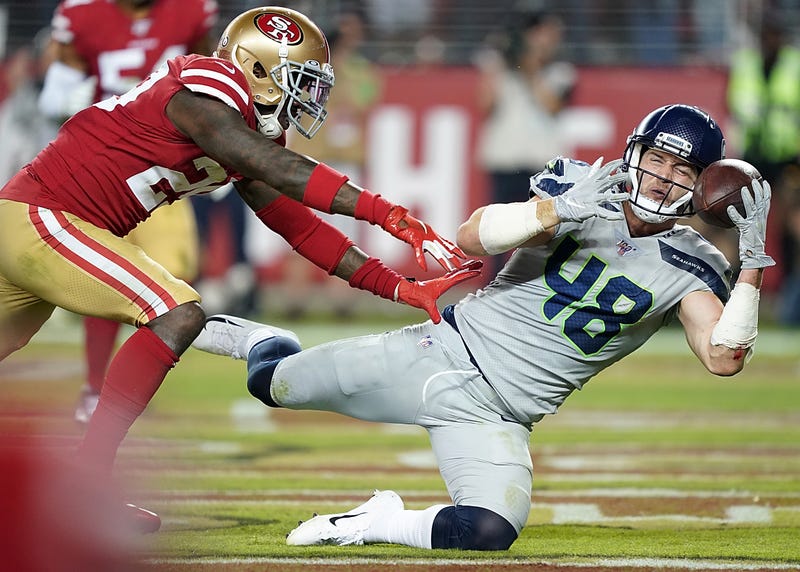 This may be cheating since Hollister is only a restricted free agent and it wouldn’t cost the Seahawks all that much to retain him on a second-round tender (estimated $3.278 million salary). But amongst a thin tight end selection in free agency, Hollister is certainly a name to monitor coming off what was easily his best season. Though he was essentially a catch-and-fall specialist in the vein of Jason Witten (Hollister averaged a pathetic 8.5 yards per catch), the Wyoming grad flashed solid mitts for the Seahawks, finishing third on the team in both catches (41) and receiving yards (349) while earning Russell Wilson’s trust as a solid check-down option in the middle of the field.

That being said, the Seahawks could view him as expendable after already inking Greg Olsen to a one-year deal. Hollister wouldn’t be a bad insurance policy for the aging Olsen coming off another season of foot woes (Will Dissly’s Achilles tear also necessitates depth at that position), though the Seahawks could be looking at a cramped tight-end room if all three are in reasonably good health.

With Hunter Henry reportedly headed for the franchise tag and prized piece Austin Hooper likely falling out of most teams’ price range, there won’t be much to choose from on the tight-end front this offseason. Teams looking to save a buck could consider taking a flyer on former first-round pick Eric Ebron. Though maddeningly inconsistent, the former Colt isn’t far removed from a breakout 2018 (14 combined touchdowns) and at 26, there’s reason to believe Ebron’s best is still to come. 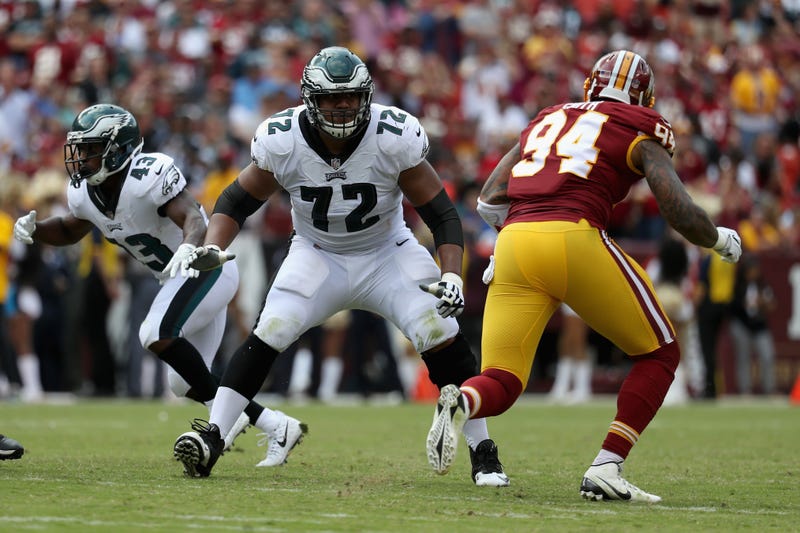 The free-agent waters are particularly murky at tackle, where few strong options exist outside the top-shelf stylings of Jack Conklin, Anthony Castonzo and Bryan Bulaga. It’s safe to assume none of those three will come at a discount. Jason Peters and Andrew Whitworth (neither of them spring chickens) could carry similarly high price tags. Daryl Williams may be of some interest, though he has some explaining to do coming off a nightmare 2019 that saw him hobble through 211 injury-riddled snaps.

Maybe the way to go is Halapoulivaati Vaitai, a long-time Eagles backup who has shined when given the chance to start. Known for being a jack-of-all-trades (he lined up at four different positions last season), the goliath 320-pounder has quietly emerged as one of the league’s sturdier run-blockers, earning ProFootballFocus’ eighth-highest grade among tackles last season. Big V only logged 20 starts over his four-year Eagles tenure, though there’s no shame in playing third wheel to perennial Pro Bowlers Lane Johnson and the aforementioned Peters.

Consistently one of the league’s most reliable swing tackles, Vaitai clearly has the goods to be an NFL starter and has proven so time and time again. With free agency on the horizon, maybe this will be the year he finally wins a seat at the starter’s table. 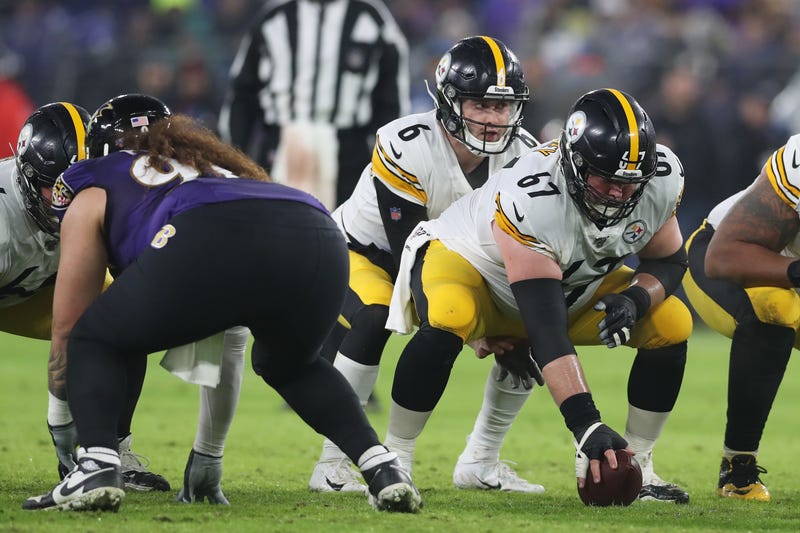 If you thought tackle was barebones, just wait until you see the desolate landscapes at guard and center. Apart from likely market-setters Joe Thuney and Brandon Scherff, this year’s interior line crop is thinner than Mom’s blueberry pancakes. While the laws of supply and demand may result in bloated salaries at a notoriously feast-or-famine position, B.J. Finney is a name that could fly under the radar.

Following a similar career arc to Vaitai, Finney was rarely called on to start in Pittsburgh, mostly keeping the seat warm for mainstay Maurkice Pouncey at center. But Finney did all that was asked of him and then some, filling in admirably for Pouncey during his two-game suspension last season while also spelling an injured Ramon Foster at guard. That versatility, along with his considerable pass-blocking prowess, should serve the 28-year-old well on the open market. 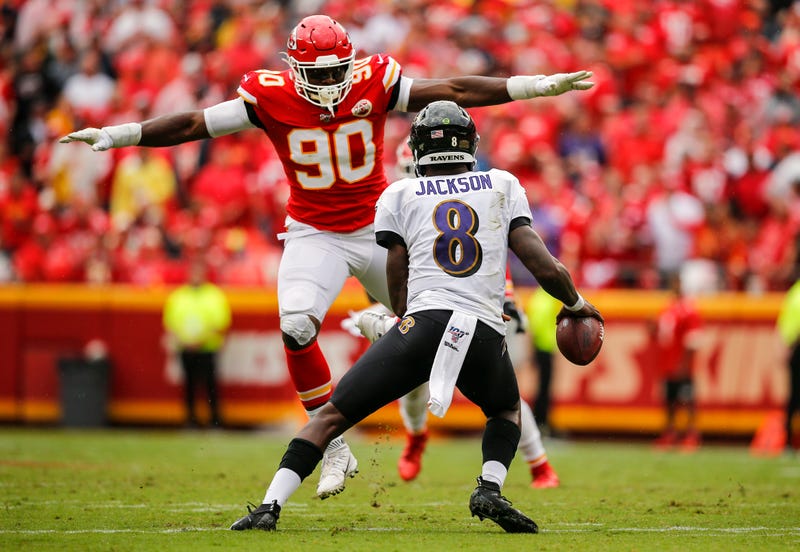 Jadeveon Clowney and Shaq Barrett are both lurking in the free-agent bushes, but if you think either of them are coming at a discount, it might be time for you to get some fresh air. Maybe I’m way off base, but with so much pass-rushing talent available (Chris Jones, Dante Fowler, Matt Judon and Bud Dupree to name a handful), I have a sneaking suspicion teams are sleeping on Emmanuel Ogbah.

The 6’4” wrecking ball never quite found his footing during a three-year stay in Cleveland but the light bulb went on for him in year four as Ogbah supplied 5.5 sacks for the Super-Bowl-winning Chiefs before a torn pec capped his breakout season at a mere 10 games. Obviously Ogbah will have to prove he’s healthy first, but if the 26-year-old aligns with the right defense, he could be dangerous and a fraction of the cost of household names like Clowney and Barrett. 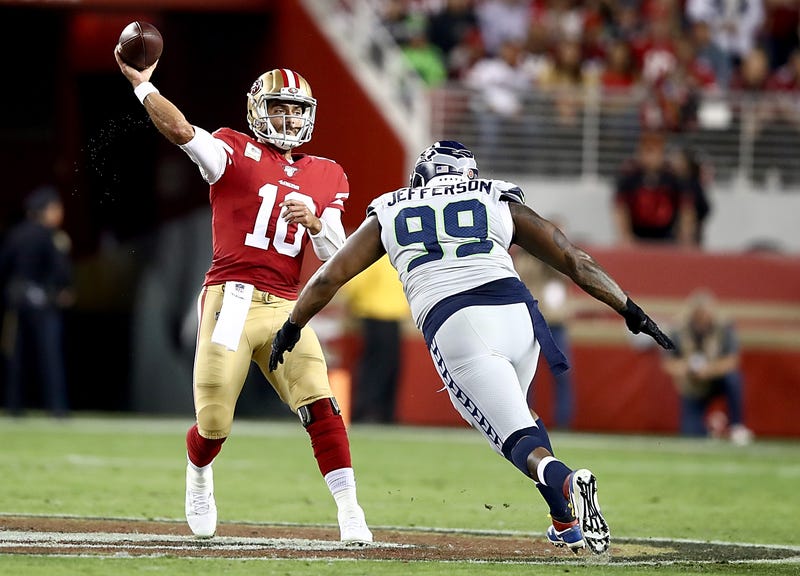 Quite frankly I’m stumped here (we already know Chris Jones and D.J. Reader will be the big-ticket items), but perhaps there’s a case to be made for Quinton Jefferson, who at least offers upside as a middle-of-the-field havoc-wreaker coming off a quietly stellar 2019 (he garnered PFF’s fourth-best grade among 3-4 defensive ends). What Jefferson lacks in name recognition he more than makes up for in tenacity, a trait he showed plenty of in Seattle this past season. Equally adept at pressuring the quarterback as he is polluting the running lanes, Jefferson might not be the sexiest name in free agency, but compared to prime overpay candidates Jones and Reader, he might give you the best bang for your buck. 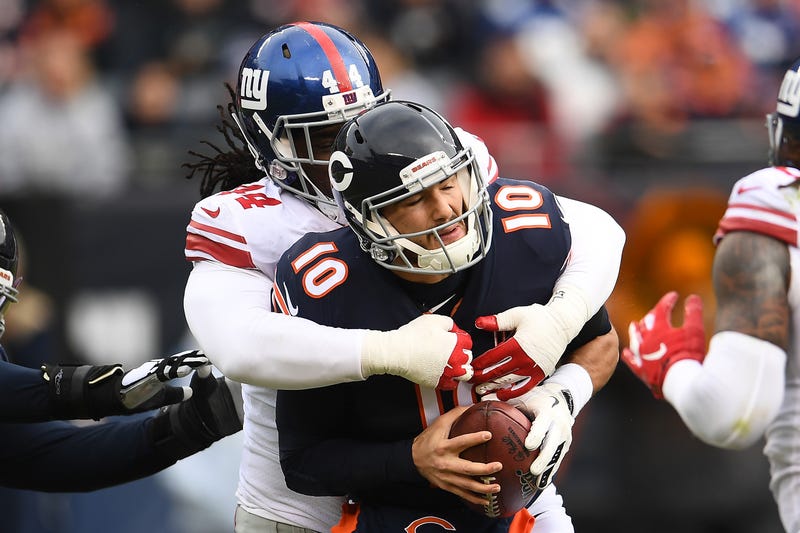 Many a greenback will be thrown in the direction of linebacker this month with tackle machines Blake Martinez, Joe Schobert and Cory Littleton all likely to command eight-figure salaries (not quite Costco prices). But there’s a solution to this madness and his name is Markus Golden.

I know you’re groaning right now but at least hear me out. Golden turns 29 later this month (not exactly senior citizen territory but “up-and-comer” wouldn’t be the right word choice either) and comes with injury red flags including an ACL tear in his not-so distant past. But Golden is more than just a name to pull out of a hat, proving his worth with a resurgent 2019 that saw him register double-digit sacks for the second time in his career. Golden played true to his name last year and could be a nice get for teams with shallower pockets. 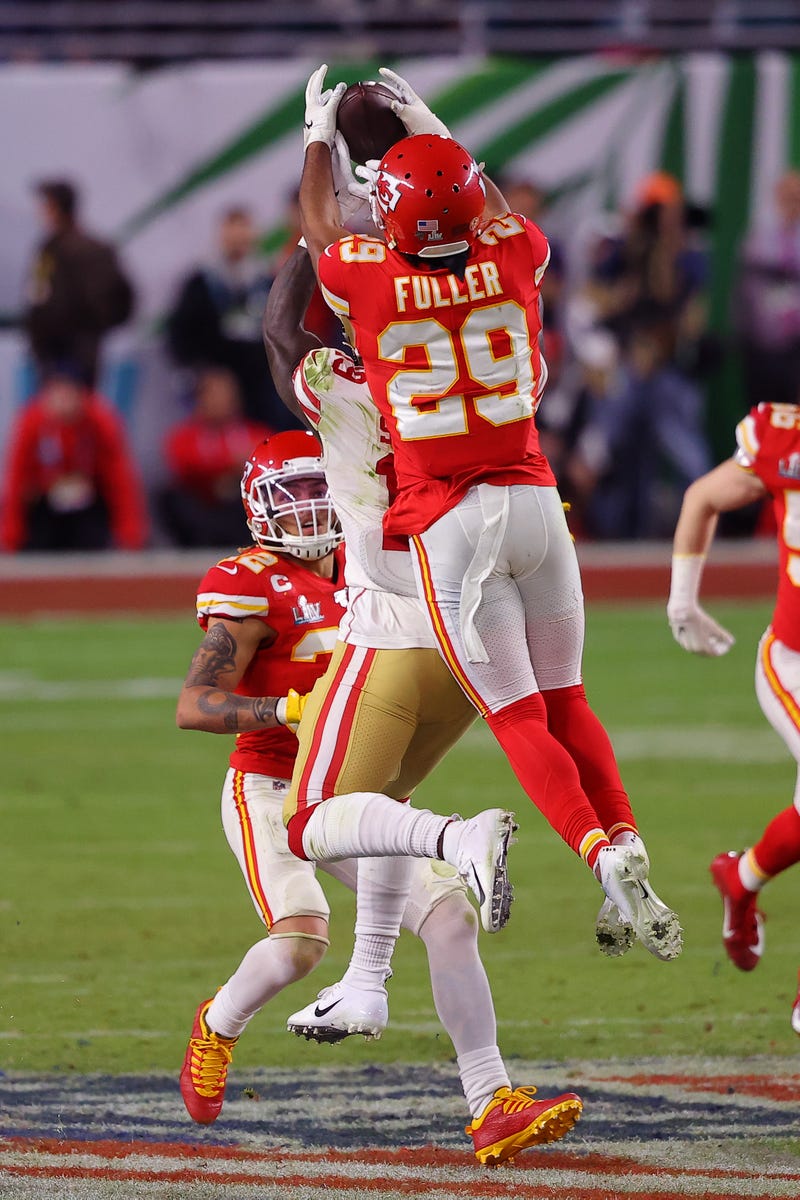 Kendall Fuller didn’t exactly distinguish himself during his two-year layover in KC, but before that he reigned as one of the league’s top slot corners. Fuller arguably saved his best for last, hammering the final nail in San Francisco’s coffin with his game-sealing interception in Super Bowl LIV.

Fact is, Fuller is still just 25 and capable of playing practically anywhere in the secondary (in addition to his usual slot responsibilities, the former Virginia Tech Hokie also made several appearances at safety in 2019). He won’t be as coveted as ball-hawks Byron Jones or Chris Harris, but if you’re balling on a budget as Daniel Tosh might say, consider Fuller your knight in shining armor.