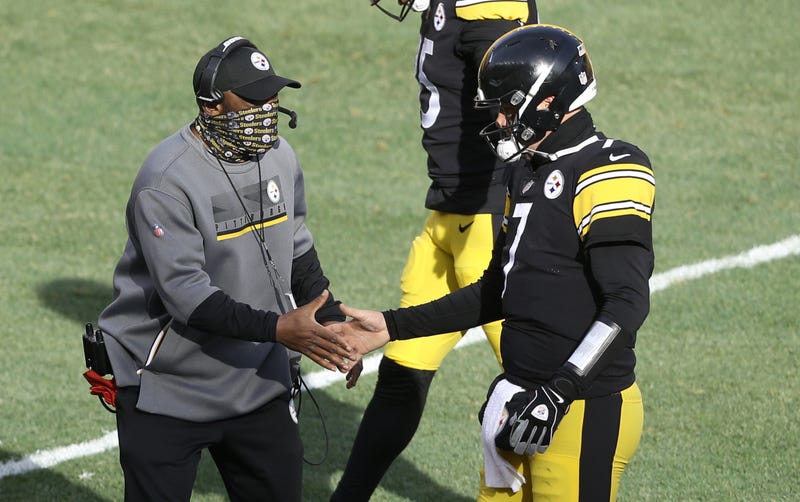 PITTSBURGH (93.7 The Fan)- The cold, hard reality has hit for many Steelers fans since Sunday night’s abysmal loss to the Cleveland Browns to end the 2020 season.

It seems as if, for the first time in more than a decade, the organization is at a crossroads with its quarterback and the direction of the franchise.

RADIO.COM Sports NFL insider Jason La Canfora joined The Fan Morning Show Tuesday to talk about what he sees in the Steelers’ not so distant future.

He starts with Ben Roethlisberger.

“This is complicated by the $41 million cap figure and you’ve got a lot of accelerating charges from over the year and all the different bonuses and the way that contract is morphed and restructured.”

$19 million is the legal currency, is the tender. Is he a $19 million quarterback? I wouldn’t want to find out.”

Then he detailed what the prudent strategy might be for the organization as a whole.

“I think the Pittsburgh Steelers need to take a real hard critical look at where they are, where they’re going. They don’t think this way, but I think they should think this way…taking a legitimate step back, using a year to re-clear the deck.

Jason related the situation to what Eagles owner Jeffrey Lurie said yesterday after firing head coach Doug Pederson, largely that they were are in a transition period.

“I think he’s a realist. He knows that we tried some things, we did some things, we doubled down on some stuff, it didn’t work. And you know what? We can keep doubling down and keep kicking the can down the road. Maybe with a seven-team expanded field we hang around next year in a crappy division but where is that really getting us towards our goal of winning a Super Bowl?

“It’s truly understanding where we are now and how far we are from where we need to go. Taking a step back, before maybe in 2022, taking two steps forward.

Again, that’s not how the Rooney’s think. But I’ll be fascinated to see if the Steelers are because to me, you look at the rest of that division, you look at them, and I think the only smart decision to make is follow your eyes, not your heart.

That would mean walking away from a bunch of guys. Trying to get your cap back in order, trying to get your payroll back in order, starting to extend some of the guys on your defense if you can. Then it’s understanding you’re going to need a young, mobile quarterback because that offensive line is going to take time. You’re not going to be an elite running team overnight and the defense isn’t as good as you thought it was. That’s how I would look at it.”