NFL officials are reportedly lobbying the league for a new face-mask penalty -- for not wearing one, that is.

The NFL Referees Association sent a sternly worded email to NFL executive Troy Vincent on Friday, denouncing coaches for taking off or ditching their face masks -- and calling on league officials to crack down on those who flout the rules.

Countless coaches were seen in Weeks 1-3 without masks covering their nose or mouth, as is required by league rule during the coronavirus pandemic. 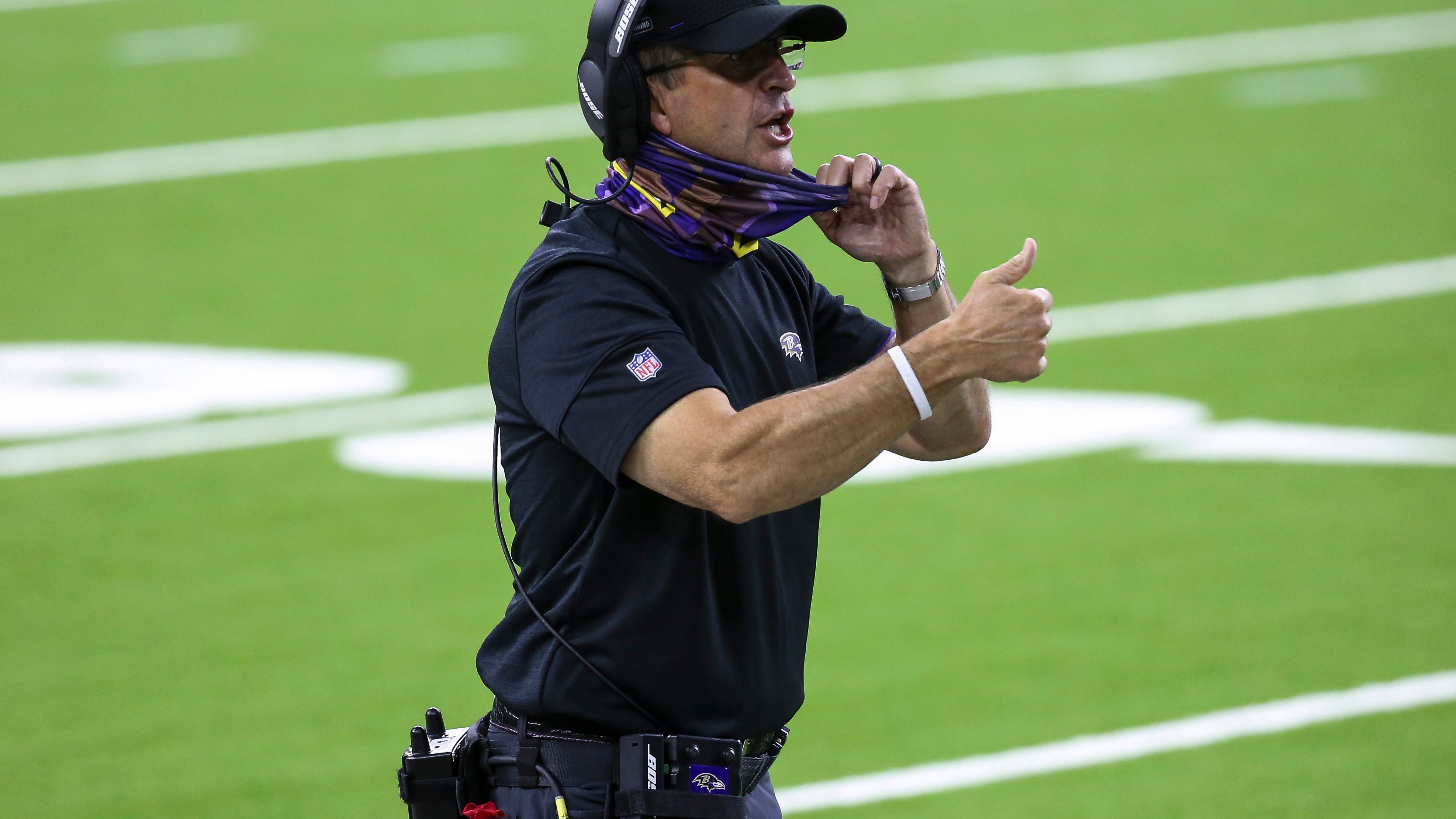 Ravens coach digs in after unmasked tirade inches from official

Some, like Ravens coach John Harbaugh, didn't let their bare faces stop them from getting up close and personal with officials when they disagreed with a call.

Harbaugh later dug in, saying his team was doing as good a job as any at observing virus protocols -- despite overwhelming evidence to the contrary -- and that it was unrealistic to expect total compliance over the course of a football game lasting several hours.

The officials' letter, penned by executive director Scott Green, asked the NFL to toughen up on rogues -- and even called out Harbaugh specifically.

"We would hope that the League will thoroughly review this situation and make clear that behavior such as this will not be tolerated," the note said. "Additionally, our officials should be told that going forward, any similar actions by coaches or players in confronting officials at close proximity without a mask, definitely falls under the definition Unsportsmanlike Conduct and is subject to a penalty flag.

"I have attached two articles that have covered this incident and statements by Coach Harbaugh.

Harbaugh was promptly called out by social media for angrily confronting a referee while his mug was uncovered -- gaiter sat bunched around his neck -- during his team's blowout loss to the Kansas City Chiefs on Monday Night Football in Week 3.

The official kept his cool and let it slide -- even when Harbaugh appeared to bump him slightly with his chest.

The NFL declined to comment on Green's letter, according to Tom Pelissero of NFL Network.

Here’s the full text of an email to NFL EVP Troy Vincent from NFLRA Executive Director Scott Green, who also asks the league make it an unsportsmanlike conduct penalty for any coach or player who confronts an official up close without a mask. pic.twitter.com/YW10DVToZu