It is about that time when the NHL trade rumor mill starts heating up.

The league already had a bit of a shakeup back in December when former MVP Taylor Hall was traded from the Devils to the Arizona Coyotes, but there is still plenty more action to come.

No one team in the league is immune from further improving its roster, while the non-contending teams are looking to acquire assets and young talent with hopes of building for the future.

Here are some of the more notable names and potential trade destinations for each as the deadline approaches. 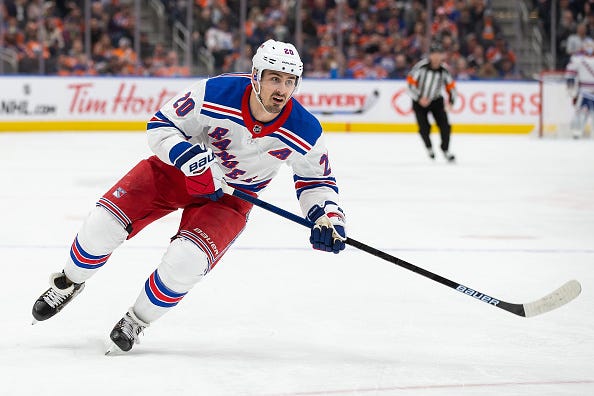 The Rangers are once again in the doldrums of the Metropolitan Division and are likely sellers at the NHL trade deadline. Kreider is perhaps the most attractive piece they can offer on the open market and could potentially get a first-round pick and/or an NHL-ready prospect in return. There are many teams that would love to add Kreider, including last year's two Stanley Cup finalists: the Boston Bruisn and St. Louis Blues.

The Blues are atop the Central Division, but with Vladimir Tarasenko’s outlook uncertain, adding Kreider could benefit St. Louis in its quest to repeat. The question, of course, is how much will St. Louis be willing to give up to acquire the winger? The Rangers will look for a strong return, and that could mean Jordan Kyrou from the Blues.

The Bruins would not mind adding another offensive threat, too, and there are reports that they may be aggressive in their approach to Kreider. The Rangers could eye 23-year-odl Jake DeBrusk, whose father played for the Blueshirts, as a potential replacement for Kreider in any deal with Boston. 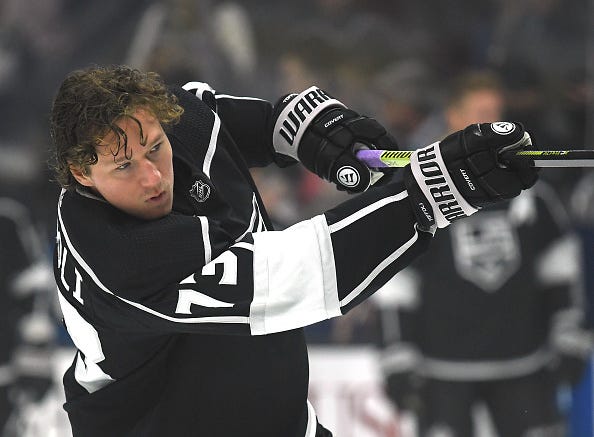 In addition to Kreider, Tyler Toffoli is also sure to be a hot name on the trade market. While Toffoli does not necessarily draw headlines, he would certainly be a key depth piece to a contender as he appears back on track after a down 2018-19 season.

Toffoli brings playoff experience and is a natural right-winger, which would be a nice fallback option for the Bruins should they miss out on Kreider. The Flyers, who are fighting to get into the playoffs, could also use the wing help and would likely come at a more affordable price for Philadelphia than Kreider. 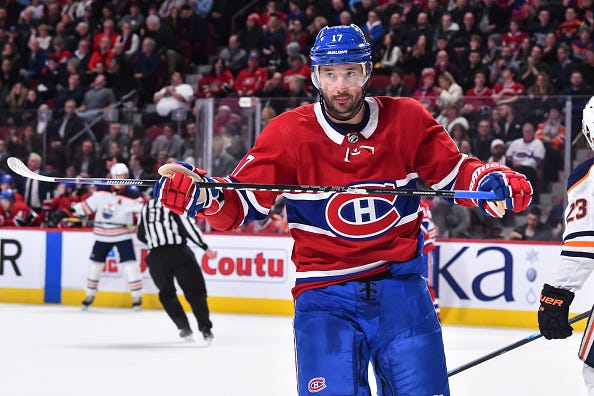 The Canadiens pounced on Kovalchuk once the Kings terminated his contract, but with the team appearing to miss the playoffs, flipping him to a contender seems to be the next move. Kovalchuk may not be the same player as he was in his prime, but he brings veteran leadership and can still provide a boost on offense, racking up 12 points through 15 games in Montreal (as of Feb. 10).

While many teams will vie for Kovalchuk, the Islanders could be the ones to come out on top. They failed to make a move last season at the deadline and the offense sputtered in the playoffs. Isles GM Lou Lamoriello has a history with Kovalchuk, being the one to give him his massive contract with the Devils, and could make an aggressive play for him yet again. The Isles have all of their draft picks for the next three seasons, so they can certainly put together something to intrigue Montreal. 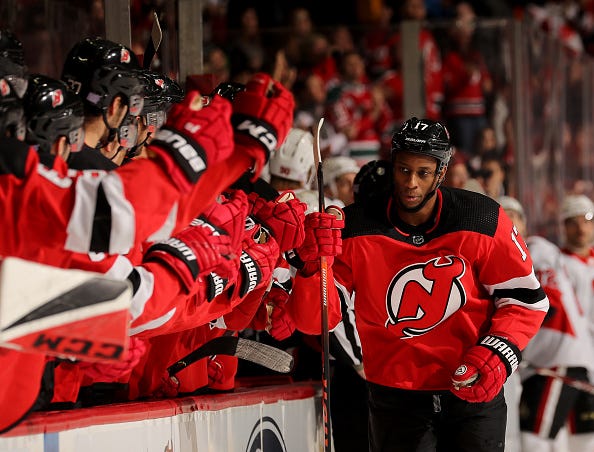 The marriage between Simmonds and the Devils has not quite worked out, and with his free agency coming up this summer, it is possible New Jersey moves him ahead of the deadline. While the Devils are not necessarily committed to moving Simmonds, they have at least had one team — the Vancouver Canucks — express interest in the winger, although that is contingent on the health of Michael Ferland, per Pierre LeBrun of The Athletic.

Of course, there is always the lingering possibility of a reunion in Philadelphia. Simmonds is beloved by the Flyers faithful, and Philadelphia is in desperate need to improve its power play as they continue to fight for a playoff spot. Bringing him back would be a low-risk, high-reward move and energize a fan base and potentially the locker room too with his leadership and presence. 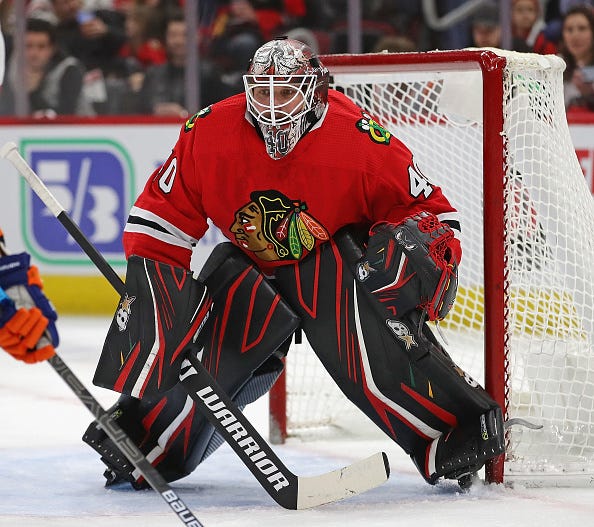 The Blackhawks still have time to decide whether or not they want to be buyers or sellers, but should they fall out of playoff contention and sell, one of their two free agent-to-be goalies could be on the move.

The Carolina Hurricanes are a playoff-contending team and are in need of a goalie. Lehner certainly has more upside at age 28 and a 2018-19 Vezina Trophy runner-up, and the Blackhawks could probably get one of Carolina's talented youngsters in return. Crawford would be the cheaper option from Carolina's standpoint, and he still has that Stanley Cup resume to his name. 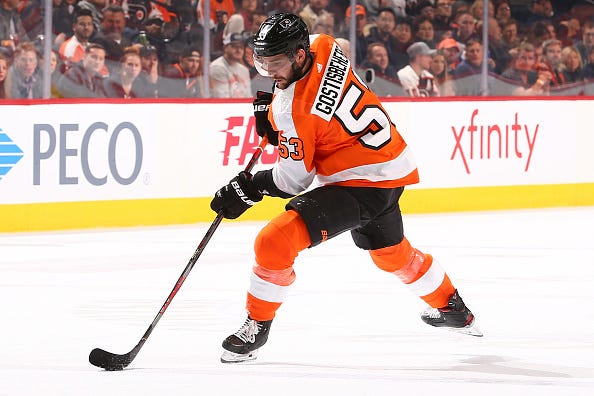 Teams looking to add a defenseman may be picking up the phone to make a call to Philadelphia for Gostisbehere. The former Rookie of the Year runner-up has fallen out of ranks in Philly, becoming a healthy scratch as the team's blue line play has improved without him. It may be best for both parties to split at this point, but with Gostisbehere's $4.5 million annual salary through 2023, Philadelphia won't get much in return if someone is willing to take on the money.

The Vegas Golden Knights could be a potential fit for Gostisbehere, but they would need to make some moves to free up the money to take him. 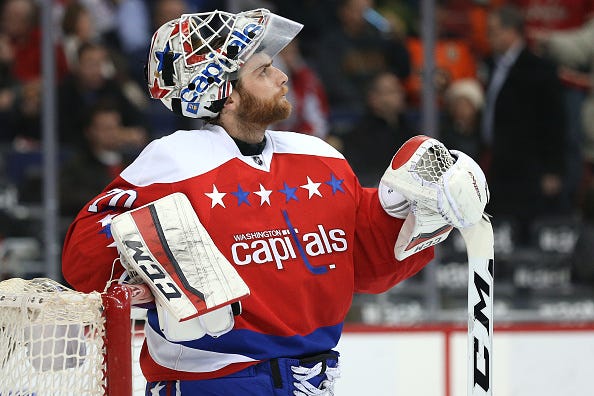 Holtby may have helped lead the Caps to a Stanely Cup, but Washington is facing a big decision on their goaltender. Do they risk letting him walk this summer for nothing? Or do they try and flip him for an impressive return? With the way Ilya Samsonov has played in net, it's certainly a question worth asking and the Caps may want to consider keeping that door open. Of course, Washington is vying to return to the Stanley Cup Final and may rather hold onto the goalie depth. 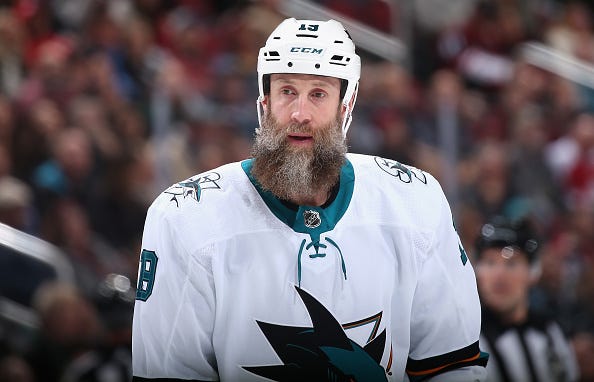 Thornton is in his 22nd year in the NHL but has yet to hoist the Stanley Cup in what has arguably been a Hall of Fame career. With the Sharks out of playoff contention, they could send the 40-year-old to a contender at the deadline, but they would need to find someone who would be willing to take on the aging star, and also a team that Thornton, who has a no-move clause in his contract, would approve.

While it may be a longshot — things did end poorly between him and management there — it is certainly not out of the realm of possibility he returns to the Boston Bruins if it allows him one last shot at the Cup. Of course, would Boston be willing to take on an aging star as a depth move? Especially if they part ways with another aging veteran in David Backes. It would make a potential Thornton move more of a sentimental gesture than addressing any real need. 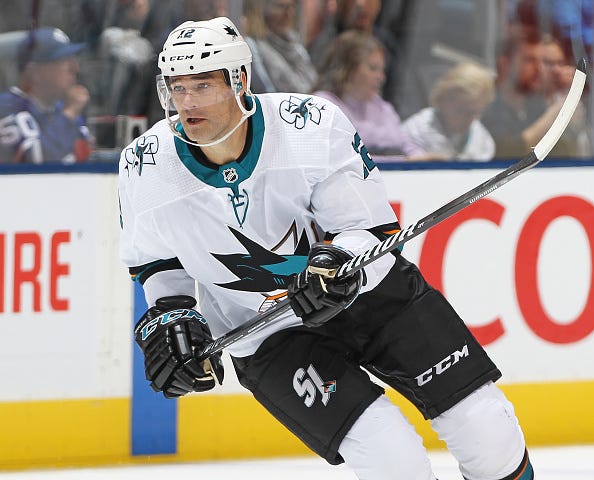 Marleau is in the same boat as his fellow teammate and 40-year-old Joe Thornton. The Sharks center returned to San Jose this year after two seasons in Toronto, but his window is closing on winning that elusive Cup. He would be a cheap, veteran depth addition to any team that would want him. Potentially the Dallas Stars could be a fit, as they are tight on salary cap but could use Marleau's presence come time for the playoffs.