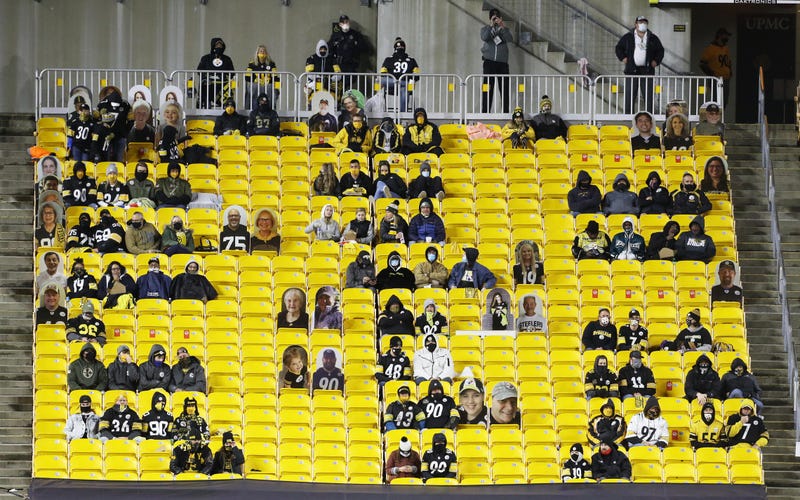 PITTSBURGH (93.7 The Fan) After being moved to Sunday, the Pittsburgh Steelers vs. Baltimore Ravens will be played without fans in the stands.

This announcement comes from the Steelers Spokesman Burt Lauten:

“Based on the new orders and advisories from the state of Pennsylvania that go into effect on Friday, unfortunately we will not be permitted to host fans in the seating bowl on Sunday at Heinz Field…”

The team went on to say that they are disappointed for the fans who were planning on attending the game.

The ticket office will be contacting and communicating with those who purchased tickets regarding refunds or credits.

The game between the Steelers and Ravens was scheduled for prime time on Thanksgiving night, but has been moved to Sunday afternoon at 1:15 p.m. on NBC.

Reason for the move regards a spread of COVID-19 within the Ravens team.