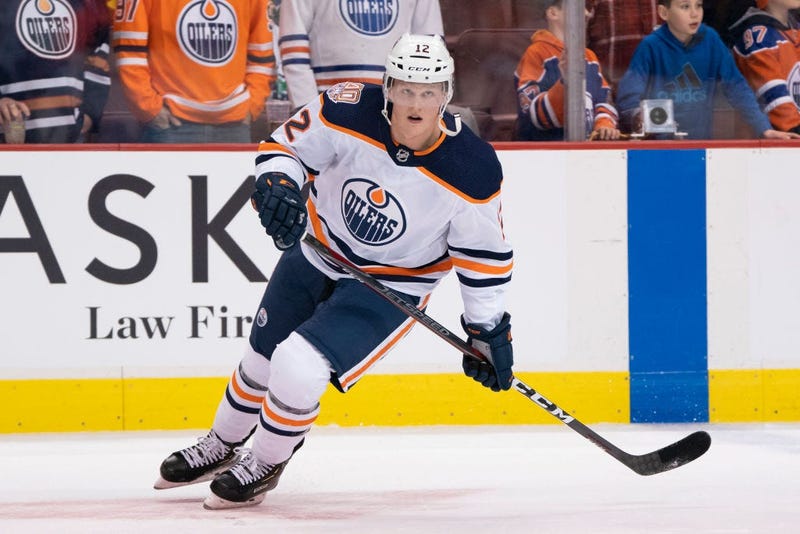 Edmonton Oilers forward Colby Cave passed away on Saturday at the age of 25 at Sunnybrook Hospital in Toronto, Ontario.

Cave was forced into emergency surgery on Tuesday to remove a colloid cyst in his brain that was causing pressure and bleeding. He was placed in a medically induced coma, where he spent four days at the hospital before passing away early Saturday morning.

"It is with great sadness to share the news that our Colby Cave passed away this morning. Both our families are in shock but know our Colby was loved dearly by us, his family and friends, the entire hockey community and many more. We thank everyone for their prayers during this difficult time."

Cave was an undrafted free agent signing of the Boston Bruins back in 2015, where he made his NHL debut in December of 2017. He spent parts of four seasons with the Bruins organization, scoring a goal and four assists for five points in 23 games.

During the 2018-19 season, Cave was placed on waivers by the Bruins, where he was claimed by the Oilers on January 15, 2019. In parts of two seasons with the Oilers, Cave scored three goals and added an assists for four points in 44 games.

Cave was with the Bakersfield Condors in the American Hockey League at the time the 2019-20 season was put on hold because of the coronavirus. In 44 games this season in Bakersfield, Cave scored 11 goals and registered 12 assists for 23 points.

"The National Hockey League family mourns the heartbreaking passing of Colby Cave, whose life and hockey career, though too short, were inspiringly emblematic of the best of our game," said NHL Commissioner Gary Bettman in a league statement on Saturday. "Undrafted but undaunted, Colby was relentless in the pursuit of his hockey dream with both the Edmonton Oilers and Boston Bruins organizations. An earnest and hardworking player, he was admired by his teammates and coaches. More important, he was a warm and generous person who was well-liked by all those fortunate enough to know him.

"We send our heartfelt condolences to his wife Emily, their families and Colby's countless friends throughout the hockey world."