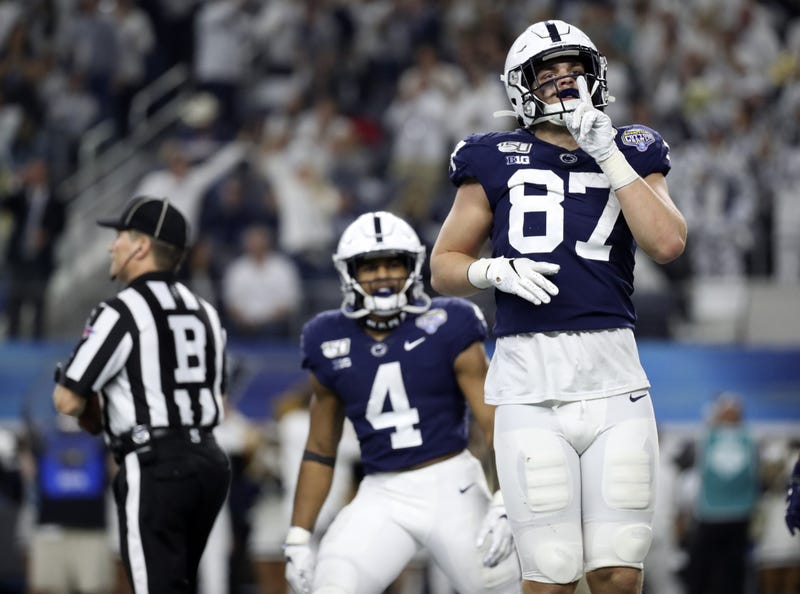 PITTSBURGH (93.7 The Fan) - The Big Ten announcement that there will be a fall football season beginning the weekend of Oct. 24 was accompanied with Penn State star Pat Freiermuth confirming he will remain with the team for the season.

The preseason AP all-America tight end told the Big Ten Network a report in the Centre Daily Times last week that he would opt out wasn't true.

Freiermuth spoke while standing alongside coach James Franklin, who was being interviewed by the network. Freiermuth believes the Big Ten was correct in reversing its decision in August not to play.

"With other programs showing the discipline that needed to be done to play throughout this pandemic I think the Big Ten chose the right decision to let us play because we've had discipline throughout the summer and through right now," said Freiermuth.

"I never opted out. I don't know where those reports came from...I'm just excited to play football again for @PennStateFball."

- Pat Freiermuth (@Pat_Fry5) was a welcome interruption to @coachjfranklin's interview with some breaking news live on BTN: pic.twitter.com/RhKW6dqQrH