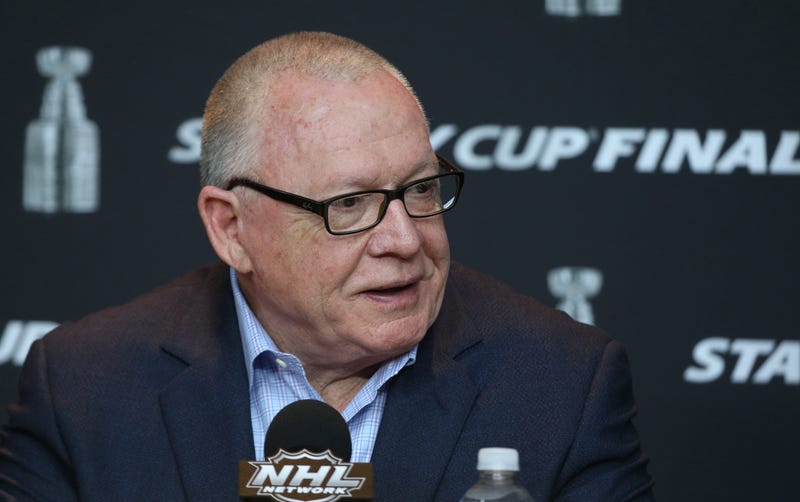 The Penguins made the announcement Wednesday afternoon.

Rob Rossi of The Athletic reports on 93.7 The Fan that Rutherford isn't suffering from any physical ailments.

The organization will begin a search for the next GM immediately.

The 71-year-old Rutherford has been the Penguins GM since 2014. The Penguins continued to make the playoffs every year while Rutherford was in charge, including back-to-back Stanley Cup Championships in 2016 and 2017.

Patrik Allvin, the team's assistant general manager, has been promoted to interim GM, and the search for a new GM will begin immediately.

"It has been a great honor to serve as general manager of the Penguins, and to hang two more Stanley Cup banners at PPG Paints Arena,” Rutherford said. “I have so many people to thank, beginning with the owners, Ron Burkle and Mario Lemieux, and team president David Morehouse. There always has been so much support from everyone involved with the Penguins, both on the hockey and business staffs, and, of course, from a special group of players led by Sidney Crosby. The fans here have been tremendous to me and my family. I know it’s a little unusual to have this happen during a season, but just felt this was the right time to step away.”

“Jim has been an amazing representative of the Pittsburgh Penguins, and he’ll always have a special place in our team’s history, his own legacy,” said David Morehouse, the Penguins’ president and CEO. “He’ll always be part of the Penguins. On behalf of our ownership, management, staff, coaches and players, we want to thank him for his many contributions, which go far beyond those two Stanley Cups. Jim is a great friend and teammate. We wish him and his family the best.”

The 46-year-old Allvin was named assistant GM of the Penguins in November of last year and is in his 15th season with Pittsburgh starting out as a scout in 2006.

“I’m excited for this new opportunity with the Penguins, but I would not be in this position were it not for Jim’s faith in me over these past seven years,” Allvin said. “I want to thank him and wish him the best. Moving forward, I want everyone to know – from our ownership to our fans – that I’m committed to doing the best job possible for the Penguins, building on our strong start to the season.”

Rutherford, a former goaltender who spent 13 seasons in the NHL, played for the Penguins on two separate occasions and before coming to Pittsburgh was general manager of the Hartford Whalers, now Carolina Hurricanes, where he won his first Stanley Cup in 2006.

Allvin will consult owner Mario Lemieux, “for input and advice.”