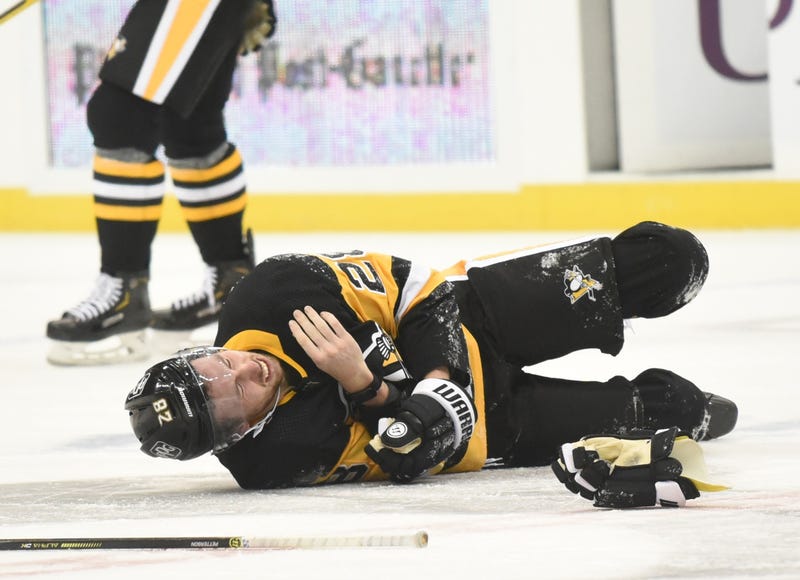 PITTSBURGH (93.7 the Fan) It’s early in the Pittsburgh Penguins 2021 NHL season, but it seems they already have injury issues.

After four games, the Penguins have lost three defensemen due to a variety of injuries:

Mike Matheson is out “longer-term” with an upper-body injury.

Marcus Pettersson is considered “week-to-week” with an upper-body injury.

Juuso Riikola is going to be out “longer-term” with an upper-body injury.

After the first game of the season, newly acquired defenseman Cody Ceci was healthy scratched and is the most likely candidate to return to the lineup.

The Penguins will still have to fill another defensive spot, which will likely be one of two defenders on the taxi squad.

Those two are Kevin Czuczman and Pierre-Olivier Jospeh.

Here is the Pens' workflow...

Czuczman is 30-years-old and hasn’t played an NHL game since he was with the New York Islanders in 2014.

Joseph is 21-years-old and is yet to play a game in the NHL but is one of the team’s top prospects.

The two played together on a line during practice Thursday, one will likely be replaced by Chad Ruhwedel when he returns to the team after the birth of his first child.