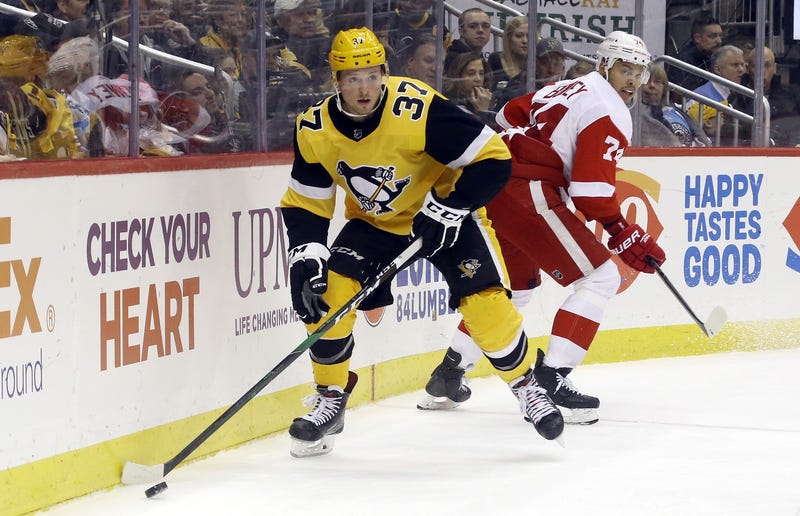 PITTSBURGH (93.7 The Fan) After a rookie season that saw six goals, and seven assists for 13 points in 50 games, the Pittsburgh Penguins have re-signed forward Sam Lafferty to a two-year contract.

Lafferty is a native of Holidaysburg, Pa and made his NHL debut on Oct. 8, 2019.

“We have been very pleased with Sam’s development,” General Manager Jim Rutherford said. “His size and speed are big advantages in today’s game, and his style of play complements our team well.”

The six goals scored by Lafferty tied him for the rookie leader in goals with defenseman John Marino.

Lafferty is a product of Brown University and was drafted by the Penguins in the fourth round (113th overall) of the 2014 NHL Draft.