PITTSBURGH (93.7 The Fan) – The Pens provided little details as to why general manager Jim Rutherford suddenly retired other to say that it was a personal decision and it’s not about the 71-year-old’s health.

“There is nothing wrong with Jim Rutherford’s health,” said Pens CEO/President David Morehouse on Wednesday.  “Judging from the minutes on his cell phone and the deals he’s constantly trying to make.  The five-mile walks he’s on when I do talk to him.  He’s perfectly healthy.  I want to make that clear.”

Morehouse said he found out on a phone call with Rutherford Tuesday night of his decision.  He said there was nothing in the dialogue between ownership and Rutherford that has changed.  Translation-there was no argument that led to the resignation.

Owners Ron Burkle and Mario Lemieux along with Morehouse will lead the search for the new GM.  They are not putting a timeframe on the decision, saying they’ve already received interest.

Morehouse noted they have four former general managers around the league with Pittsburgh ties so they have a group that has had experience with the Penguins.  However, it’s not necessary to have a connection to the Pens to be qualified to be the next general manager.

“(We’re looking for someone) with dignity, class, that thinks outside of the box,” Morehouse said.  “That is trying to make things happen.”

“Someone that can take this great group of players and hang another banner on the rafters.”

Morehouse made it sound like they want someone with NHL GM experience.

“We’re not in a rebuilding mode,” Morehouse said.  “We’re in a win-now mode.  We are going to continue to be in that mode.  For right now, we are looking for someone to come in and continue to having us work towards winning another Cup.”

As of now, a 15-year member of the organization who has worked his way up the scouting ranks, Patrick Allvin is the interim general manager with the ability to make the moves necessary.  But he will have some help.

Along with winning back-to-back Stanley Cups, which Morehouse said will be tough to duplicate in the salary cap era.  Morehouse said of Rutherford’s legacy.

“The greatest compliment a Pittsburgher can pay someone from outside of Pittsburgh is that he’s a true Pittsburgher,” Morehouse, a Beechview native, said.  “He says what he means and he means what he says.”

He will be tough to replicate. 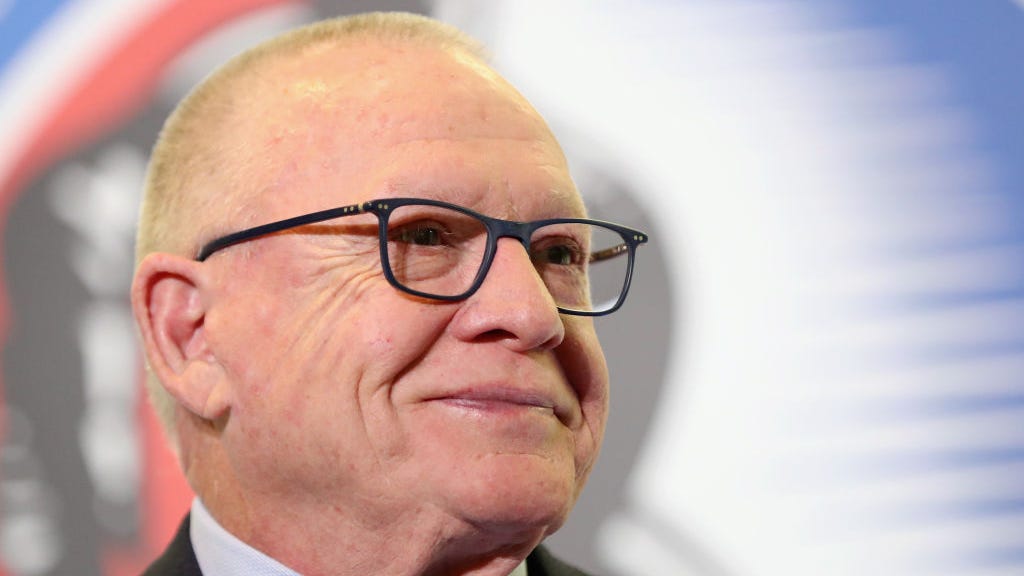 Rutherford done with Penguins, but doesn't sound like a man ready to retire