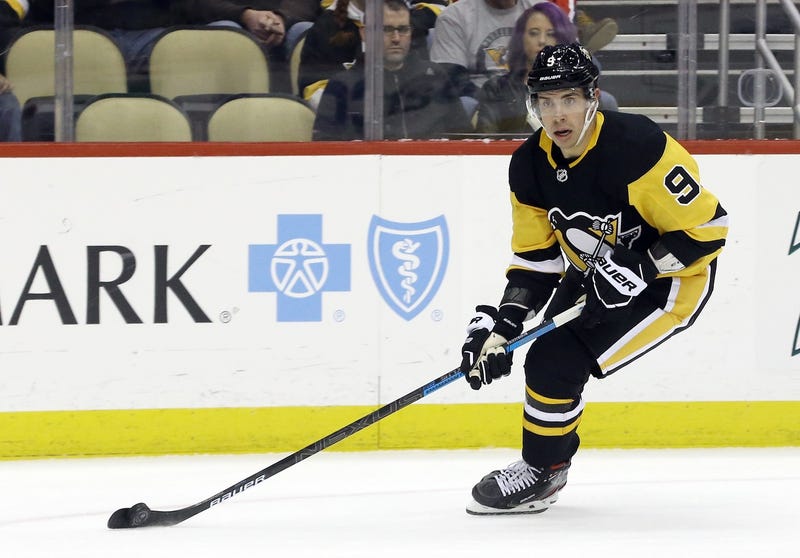 The Pens have signed forward Evan Rodrigues who played in seven games for the Penguins after a February trade with Buffalo.

The Penguins traded Rodrigues to the Maple Leafs in late August in the Kasperi Kapanen deal and the Leafs declined to make a qualifying offer to him.

The Penguins also agreed to terms with forward Mark Jankowski.

Jankowski comes from the Calgary Flames where he played in 208 games recording 36 goals, 28 assists for 64 points.

“Mark is another versatile player that gives us an option at the center position,” said Rutherford. “His added experience on the penalty kill, where he has had success over the last few seasons, makes him a good fit for our team.”

Rodriguez has played in 199 career games and has scored 27 goals and has 45 assists.

"We were pleased with Evan’s play during his brief stint with us last season," said Rutherford. "His versatility and ability to play all three forward positions, especially center, is an asset that gives us options and adds depth to our forward group."

Both contracts are one-year deals and carry an average of $700,000