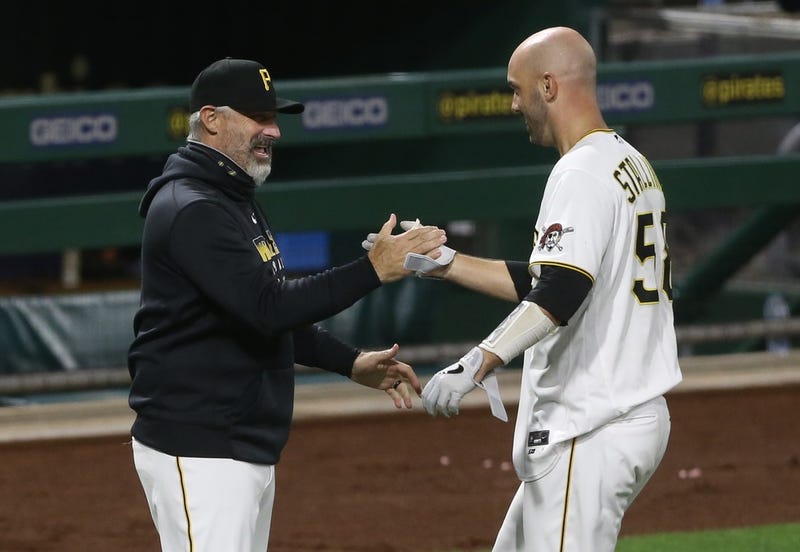 PITTSBURGH (93.7 the Fan) – They were the worst team in baseball, the only team not to reach 20 wins in the 60 game season. However there is optimism among the Pirates brass.

“We’re on a path to getting better,” said manager Derek Shelton.  “Our pitching the last 12 games has gotten better.  We need to swing the bats better, but were seeing signs there.”

“Really encouraging to see the progress of our starting pitching the last two or three weeks,” said general manager Ben Cherington.  “I don’t think it’s an accident.  Just about everyone in that group is at a point in their career, in terms of age, where that has a good chance to continue or get better.  We are not talking about 34-year-olds.”

There is some truth to those statements, in the previous dozen games before Sunday, Pirates starters posted a Major League best 1.46 ERA and allowing just three home runs.

That rotation would likely include a bunch of pitchers in their late 20s-Jameson Taillon (recovering from Tommy John surgery), Chad Kuhl, Steven Brault, Trevor Williams, plus 24-year-old Mitch Keller, who gave up no hits in each of his last two starts.

Cherington said it’s important for pitchers to have confidence going into an off-season and he’s seen better execution from them along with hard work which he believes has led to the improvement.

“Maybe the outcomes aren’t there yet, but all of that work,” Cherington said.  “If you keep doing work the right way and you keep reflecting and getting better, it will in time turn into improved results.”

“There’s a lot of signs of really positive things that are going to happen in Pittsburgh,” Shelton said.  “I wish we were playing 162 (games).  I think this team is finding its stride and that’s something we all have to look forward to heading into the off-season.”

So the question is when will this team be a playoff contender again?  There is not an obvious core of minor-leaguers making their way up the organization together like there was with Andrew McCutchen, Neil Walker and others.

“I think with the timeline, no one knows,” Shelton said.  “I think we saw that this season where there were a lot of teams where their timelines got sped up really quickly because of how players played.  That’s exciting for organizations like the Pirates.”

“We can be in a position where we feel good about some progress being made and excited about that,” Cherington said.  “But we have to remain disciplined about getting better.”