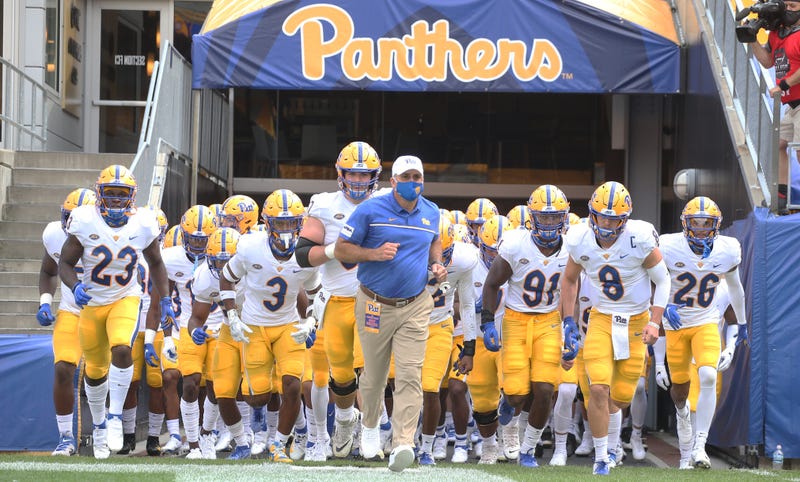 PITTSBURGH (93.7 The Fan) – There have been wins over top five teams almost yearly under Pat Narduzzi at Pitt. So what is the Panthers head coach doing to be ready for number three Notre Dame on Saturday?

“I wish I could tell you I have my magic wand, but it’s not here today,” Narduzzi said on Monday.  “There’s no magic to it, it’s getting your guys prepared mentally and physically.  That’s my job every week.”

They also want to try and get some better blocking and movement up front to get a run game going against the Irish, but that won’t be easy.

“They are big, strong and physical,” Narduzzi said.  “A typical Notre Dame team.”

Getting at least a threat of a run would help their inexperienced quarterbacks.

While Narduzzi said Kenny Pickett ‘made a lot of headway’ over weekend, there is indecision whether Joey Yellen or Davis Beville would likely start against the Irish.

Narduzzi said he loved what he saw from the redshirt-freshman QB Yellen, throwing for 277 yards and a touchdown against Miami, there will be competition this week to see who would be the number one.

The last meeting two years ago, Notre Dame was also top five and unbeaten, and Pitt held a lead with 6 minutes remaining in the game, losing 19-14.

“I hope they are all self-motivated where they are playing for somebody, they’re playing for a cause,” Narduzzi said.  “They want to put some good stuff on tape.  That’s the biggest motivation is to go out and win.  And you be the guy that got things done structurally, fundamentally and production-wise.”