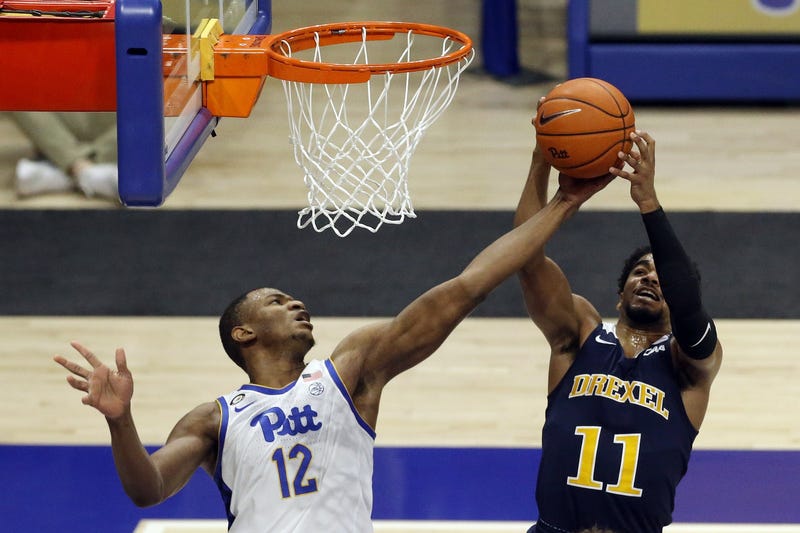 PITTSBURGH (93.7 The Fan) – It came together the day after the win over Drexel. Pitt added a fifth non-conference game, hosting Northern Illinois Saturday at 7 on 93.7 The Fan.

The MAC school is 0-2 and played at Pitt last year with the Panthers winning 59-50.  Holding NIU to 36 percent shooting and forcing 15 turnovers.  Since departed Trey McGowens led the Panthers with 18 points. Abdoul Karim Coulibaly played seven minutes in that game with one point, one rebound, one turnover and one foul.

The 6’8”, 215 pound forward would start to find his game with 10 points and 5 rebounds against Virginia Tech last February.  In the ACC Tournament, Coulibaly had 10 points and 7 rebounds in a win over Wake Forest.

Now Coulibaly is in the starting lineup.

“I thought he started to make a lot of the progress last year, towards the end of the year,” said head coach Jeff Capel.  “He played really well in the first game of the ACC Tournament.  I do think becoming more comfortable with everything.  Certainly this year as a sophomore, having the experience and having some success that he had towards the end of last year, that’s helped him confidence wise.”

Coulibaly played a career-high 29 minutes against Drexel last Saturday, holding one of the best rebounders in Division 1 in check while going 2 of 2 from the floor with 3 rebounds and 3 blocks.

The Mali native believes he has better practice habits now, saying he comes in early to get work in before the rest of the team.

“I have the mindset to come every day to get better,” Coulibaly said.  “I come here ready to go, get tape, put my shoes on, go get some shots up before the practice begins.”

Coulibaly said he worked hard during the summer even with the coronavirus restrictions.  He would run outside, do push-ups, whatever he could to improve.  He’s also now being pushed a lot more in practice with the size of this incoming class, especially John Hugley and Noah Collier.

“We have a lot of freshmen here,” Coulibaly said.  “They listen to the coach more to try and get better every day.  We go hard, so if you want to play you have to work hard and push yourself.”

Coulibaly may never be a big scorer or stat-filler.  He just wants to give everything he can, every day.

“I just come with a mindset of coming ready to hoop,” Coulibaly said.  “Help my team to win, I don’t care if I score or not.  I am just going to play good defense, run the floor, set a good screen.  Just be a good teammate.”