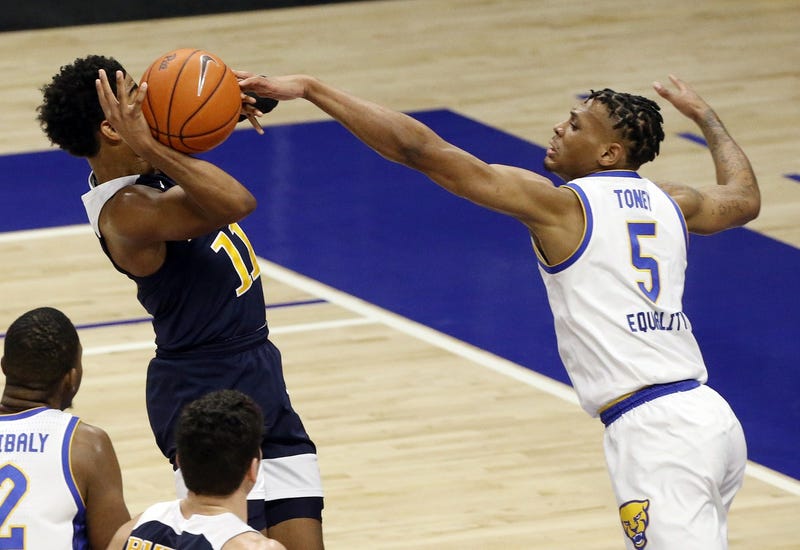 PITTSBURGH (93.7 The Fan) – Pitt head coach Jeff Capel said he expects to announce another game soon, possibly to play on Saturday, but as of now, Pitt basketball won’t play again until December 9 at Northwestern.

The Panthers started the season 1-1, following up a loss against St. Francis-PA with a win against Drexel.  There are improvements to make and they have plenty of days of practice to work on it.

“This is a year unlike anyone has ever experienced.  It’s different when you have a team with a lot of guys returning.  That have played a lot of minutes and you have a veteran team.  That’s not who we are.”

One player who has improved is junior guard Au’Diese Toney.  The Alabama native has a pair of 20-point games this season.  Last year he averaged 9.5 points per game, but was in double figures in six of the last nine ACC games.

While Toney has been solid on the offensive end, there is still a lot to figure out as after a pair of games Capel is still working on his rotation.

“I’m still not sure,” Capel said.  “Still trying to figure it out.  I’m not going to say I’m surprised.  I knew that Xavier, Justin and Au’Diese would be heavy minute guys.  After that, everything is uncertain.”

It’s finals week at Pitt.  Players are cramming for virtual tests and for most of the team, they need to improve their on-court grades as well.