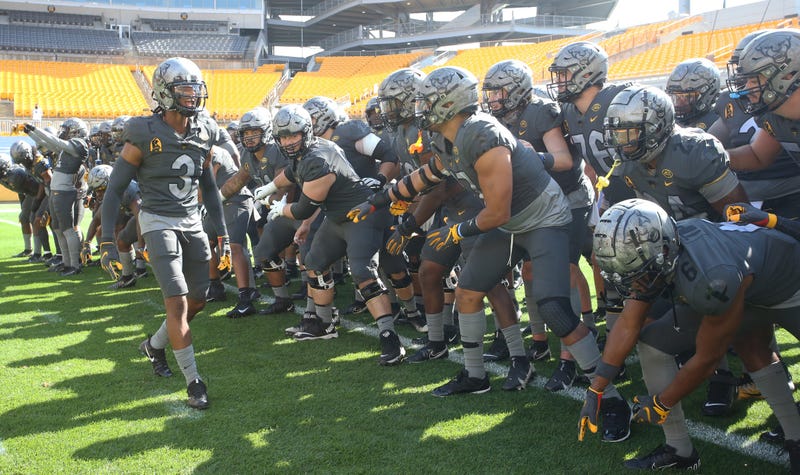 That’s how Pitt defensive lineman Patrick Jones II is reacting after the Panthers dropped three spots in the Top 25 AP poll after defeating #24 Louisville at Heinz Field on Saturday.

The Panthers who were #21 last week are now ranked #24 even though they beat a ranked team and are currently 3-0.

The Panthers can blame the poll now including the Big Ten and Pac-12 conferences back on the poll after it as announced those conferences will play this fall, after previously announcing they wouldn’t play until at least next year.

Clemson and Alabama remain at #1 and #2 in the poll.

The Panthers paly their fourth straight game at Heinz Field on Saturday, when NC State comes to Pittsburgh for a noon kickoff.

All Pitt football games can be heard live on 93.7 The Fan.