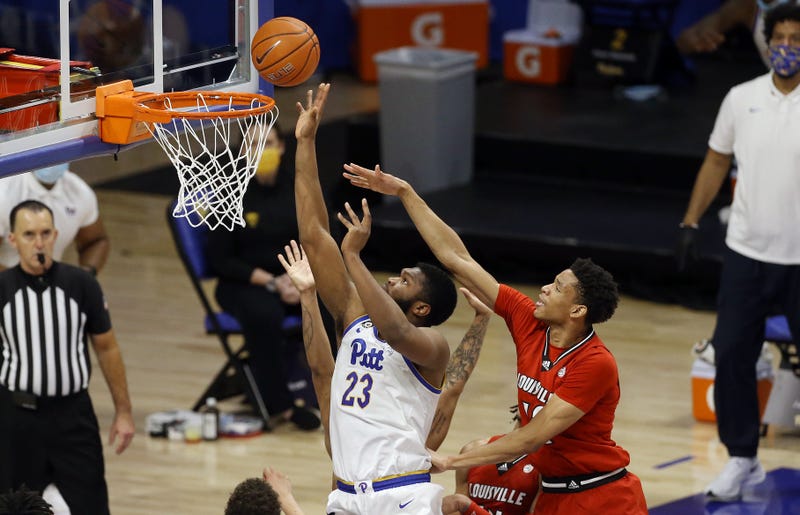 PITTSBURGH (93.7 The Fan) – He was to return from the COVID-19 contact tracing list, but he won’t play against Syracuse Saturday. Pitt has suspended freshman forward John Hugley indefinitely for disciplinary reasons.

Hugley’s suspension comes one day after he was charged with two felony counts of criminal conspiracy and one felony count of receiving stolen property. According to court documents, the charges stem from an incident in July.​

Head coach Jeff Capel had publicly criticized Hugley’s conditioning, this after being a starter for the opening game.  Hugley played in seven games averaging 5.1 points, 4.3 rebounds and was third on the team in fouls.

Guard Nike Sibande and forward Noah Collier will return after also sitting due to coronavirus protocols after contact with a positive opponent.

For Sibande, it will only be his third game.  Before dealing with the protocols, Sibande had to wait until December 16 for the NCAA to clear his eligibility.

Panthers have had a couple of games postponed since the huge comeback win at Syracuse and are scheduled to host the Orange on Saturday at noon on 93.7 The Fan.  Syracuse as played a pair of games during that time, beating Georgetown (74-69) and losing at North Carolina (81-75).

“One of the things I really worry about for Saturday is we haven’t had competition since last Wednesday,” Capel said.  “You can create that in practice, but when you don’t have something in sight, which is a game.  It can be difficult at times.”

“We’ve tried to be creative in practice.  One of the things I know about my guys is that usually when there is competition we are a little bit more engaged.  We tried to create that.  You worry this time of year of boredom.  I remember as a player, you get tired of playing against the same people every day.”

In the previous matchup, not only was Pitt without the three players, but they got down 11-0 to start and a dozen and a half in the first half.

“Coming out stronger, usually we start out slow,” said forward Au’Diese Toney.  “Syracuse is one of those type of teams you can’t come out sluggish or slow.  You never want to be down that much and fight that hard to come back.”

“That’s what I’m worried about,” Capel said.  “We have to be on edge that’s the thing I’ve learned about our team.  How do we get that edge back when we haven’t played in a while.  That’s really concerning to me.”

It doesn’t seem like having that edge will be a problem considering who they play according to the Panthers junior forward.

“It’s like a chip on your shoulder playing Syracuse,” Toney said.  “It’s a rivalry from the Big East days.  It’s more of a hype feeling.  Even though we don’t have fans there, but you still feel that type of rivalry when you step on the court.”