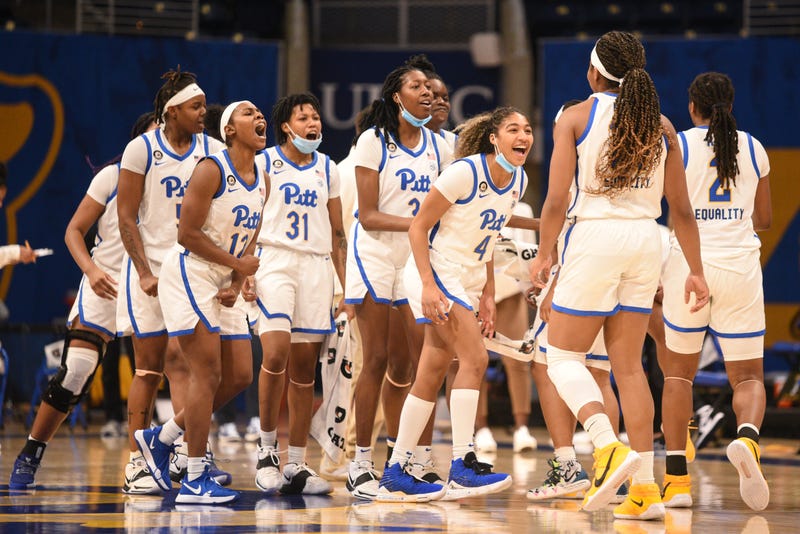 “How do we go from 0 to 150 in a very short amount of time,” said Pitt head coach Lance White.  “Our approach is we are going to have to have 10 ready to go and it’s going to be all of them.”

“We are going to have some weird lineups.  We are going to go in quick, short bursts and tell the kids while you are out there you have to play as hard as you can possible play for as long as you can play and then we get you a sub.  It’s going to take all of us.”

Unlike some teams that had some sort of practice while away, Pitt was quarantined from December 31 until this past Monday, January 18.  No practice, just Zoom calls and inspirational videos and talks with counselors.

They were all set to play the Eagles at home, 3-3 on the season, on New Years’ Eve.  Then White got the message to shut it down while they were in the final preparation before playing.

“I will never forget an hour and a half before the Boston College game,” White recalled.  “You get the call.  You gather everyone up in the locker room and have to tell them that you have to get to your rooms and quarantine-up.”

Several players and White himself contracted COVID-19.  White said the disease was just brutal on him.  He declined to say whether they discussed shutting it down for the season like Virginia and Duke did.

“Most of them have said we want to play any game that we can play,” White said.  “They love the game.  We want to be safe and do everything we need to, but there has never been a question.  They are so excited to play, they can’t stand it.  Our kids want to play.”

White is concerned about their conditioning level.  The third year Pitt head coach is considering full five person substitutions every couple of minutes, like a hockey line change to keep them fresh.  He even joked that they might not remember the plays.

Pitt watched videos from Martin Luther King earlier this week and the message in the video was keep moving forward.  He believes that message epitomizes his team.

“They could have thrown in the towel, but this group keeps coming,” White said.  “This year just to be out on the court is the first part of a win.  You won by getting on the court and being able to play again.”

“It will emotional to get back.  You never know how much you love something until it’s taken away.”