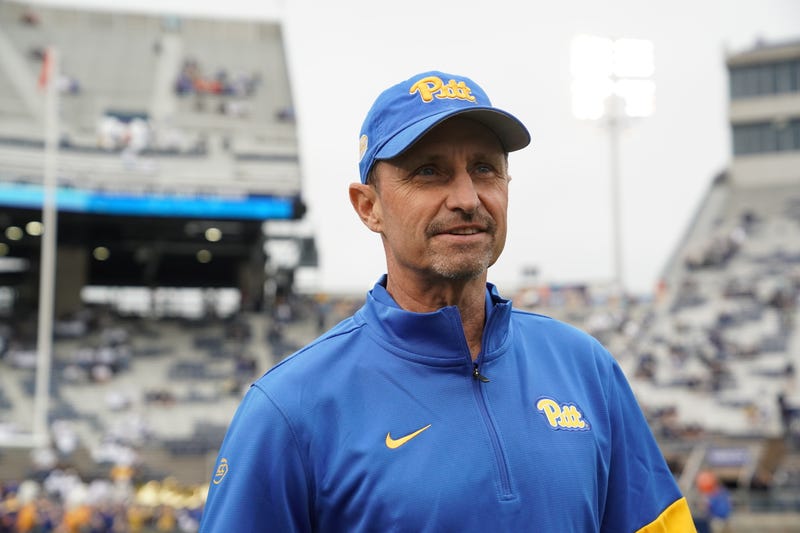 PITTSBURGH (93.7 The Fan) – He battled cancer while coaching last season and this year again led one of the best defenses in the nation, Tuesday Pitt defensive coordinator Randy Bates was named the AFCA Assistant Coach of the Year.

A college coach since 1982 when he started in near-by Muskingum College, Bates lead the Panthers to 15th in the nation in total defense, 12th in rushing and tops in the BCS in sacks per game.

“This is a tremendously humbling honor that I gratefully accept on behalf of Coach (Pat) Narduzzi, my fellow assistants and, most importantly, the outstanding young men who proudly wear that Pitt helmet each fall Saturday,” Bates said in a statement released by Pitt. “It really is a program award and I’m thrilled to share it with our entire Pitt football family.”

“Randy Bates represents the very best of the coaching profession,” Narduzzi said. “He’s a teacher first and foremost.
I love that Randy is so passionate and committed to the people he works with, especially our players. He’s a great leader for not only our student-athletes, but also our staff. Randy is very deserving of this award.”

The award given not just because of on-field success, but honors charitable work and other volunteer activities plus his involvement in the American Football Coaches Association and their events.

According to the release, Bates buys more than 100 tickets annually to Pitt football games and gives them to local veterans.  A retired Naval Lieutenant, Bates also visits the local Veterans Affairs Hospital.