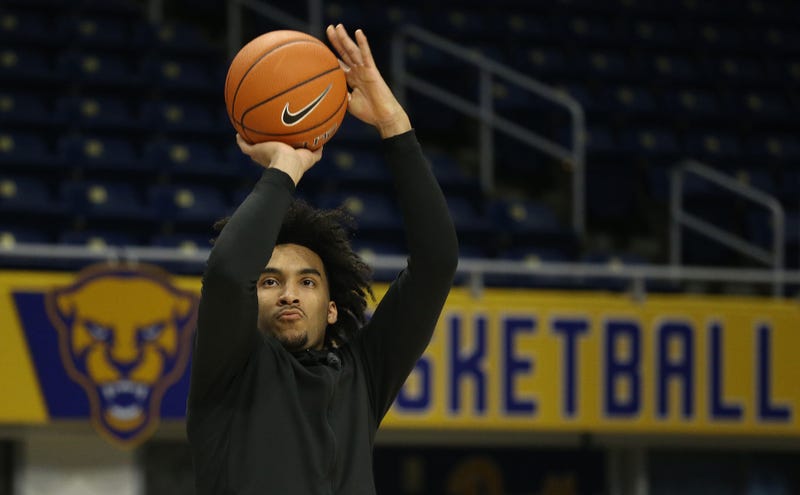 PITTSBURGH (93.7 The Fan) – You saw glimpses in his first college game against nationally ranked Florida State with 8 points and 6 rebounds, by the end of the year most were surprised freshman Justin Champagnie was Pitt’s leading scorer and rebounder.

Champagnie had 22 points in a win at North Carolina, double-doubles against Louisville and Notre Dame to average 12.7 points and 7 rebounds.

“When he plays at a high level, that gives us a tremendous opportunity to be a good basketball team,” said Pitt head coach Jeff Capel.  “If you look last year when he played at a really high level or played well, we were pretty good.”

Champagnie had big games in wins over Boston College, Georgia Tech, was the MVP of the Fort Myers Tip-Off Tournament that Pitt won in November.

“Justin is a grinder, Justin is a guy that has a toughness, the environment he grew up in there was love, but it was toughness.  Everything he has done to this point, he’s been able to accomplish because of toughness, hard work.  The thing that you hope is that you don’t lose that when you have some success.”

That has been an issue for numerous standout players after their first season; other teams now have a year of film to pour over to find weaknesses in your game.  Ask Xavier Johnson, after a great freshman season, he scored nearly four points fewer a game as a sophomore.

“It is difficult,” Capel said.  “Human nature happens, especially for these young kids now.  You have a good freshman year, then all of a sudden, people start talking.  And if you’re not careful, you can start really listening.”

And it’s not just players who go from one college year to another, but college players who believe they have it all figured out and attempt to make a career in the NBA, leaving early when they may not be fully prepared.

“You look at this draft, there were a lot of really, really good players who didn’t get drafted,” Capel said.  “You have to remain hungry.  You have to remain humble.  You have to do that.  You have to show up every day to get better.  The discipline, the mindset, all of those things.  I think it’s more of a challenge for young people because of all the different ways they can hear the noise.  If you are not careful, that can distract you.”

Capel says it’s the battle now to be consistently good, Champagnie has had some solid practices, he’s also had some bad in the last month.  The third year Pitt head coach says the forward won’t be alone in his quest to improve on last season.

“It’s on all of us, us as coaches, teammates, people around our program, family, everyone to constantly remind him and all of our guys of that all of the time.”