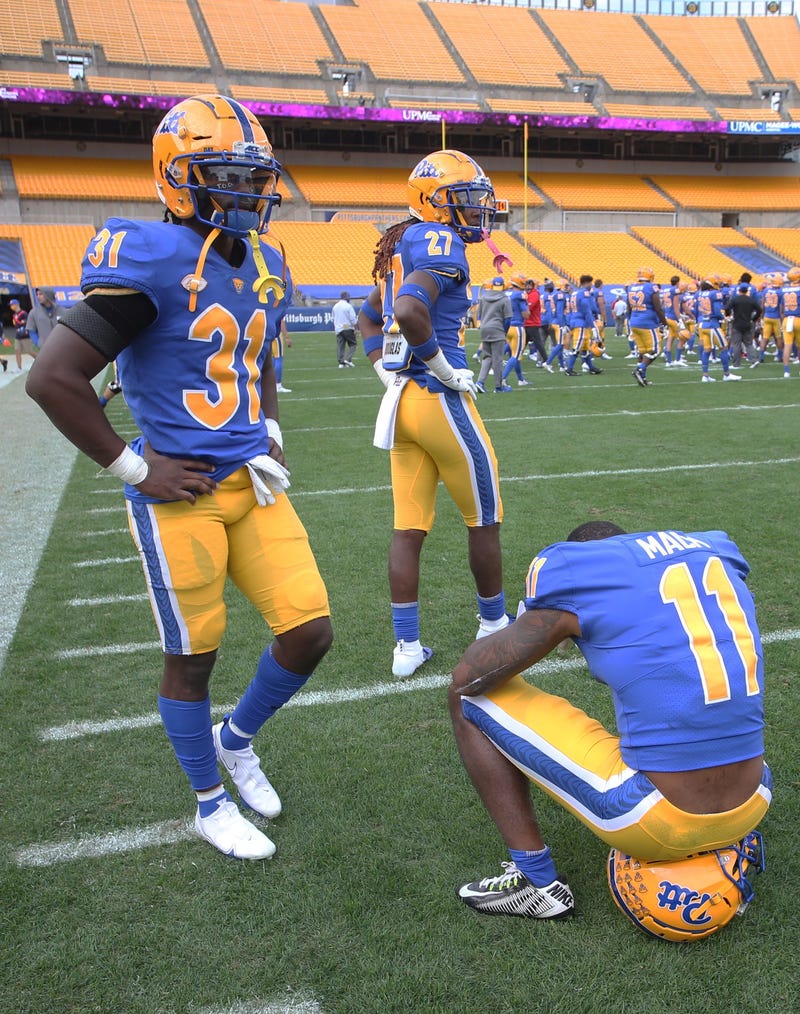 PITTSBURGH (93.7 The Fan) – It was a devastating loss for the Panthers Saturday at home against NC State. How they respond begins Saturday at Boston College.

“I do believe so,” Panthers receiver DJ Turner said when asked if they will bounce back.  “The energy I got from them after the loss was that the season isn’t over.”

“They know we need to come to work each day and the response has been fantastic,” said Pitt assistant coach Dave Borbely.  “We probably had our best two days of practice.  Yesterday was the most physical Tuesday we’ve had since we’ve started.”

Offensive line play was a concern last Saturday as Borbely said they are building back from the ground up.  That was part of the Panthers issues not being able to finish with touchdowns close to the goal line.

“We are putting an emphasis on red zone this week in practice, that’s what we talked about in meetings,” Turner said.  “It’s the little things like everybody executing and doing their job.  All can hold themselves responsible.”

Defense also with their problems with multiple penalties and giving up a game-winning touchdown drive as the Wolfpack went 79 yards in one minute and 21 seconds, having no time outs.

“We actually worked on a lot of the false starts and offsides with extra claps and hard cadences,” said linebacker SirVocea Dennis.  “It’s something that we can definitely get fixed with all of our penalties.  We felt we were very undisciplined that game.  That will get cleaned up as well.”

“Everyone had that little talk to themselves probably even that night.  But also on Sunday morning, Monday and we just realized that everyone can do their job better.  Once you realize that, we can get better as a team.”