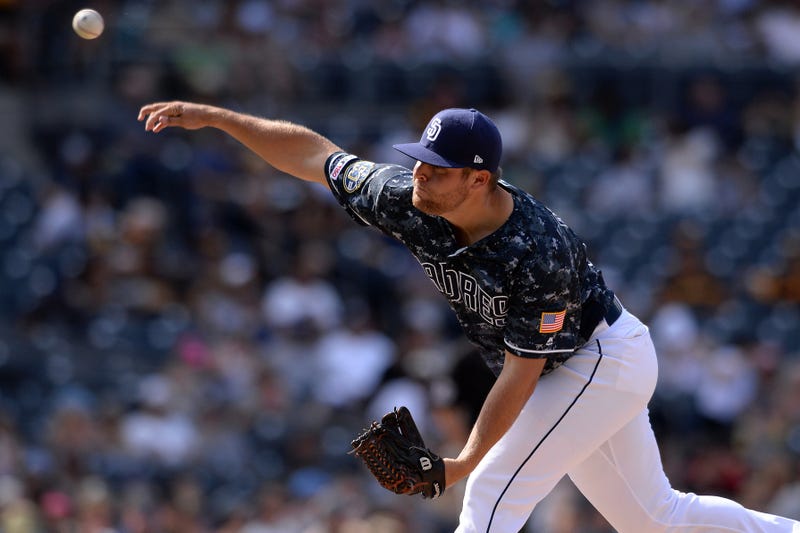 PITTSBURGH (93.7 The Fan) – Pirates general manager Ben Cherington talked with reporters for nearly 35 minutes on Tuesday after trading Joe Musgrove to San Diego for five prospects. A deal that also included a swap with the Mets.

Cherington said having four of the top 100 prospects in the game is not enough.  They will continue to discuss moves and expects for additions and possible subtractions before and possibly during Spring Training next month.

The second year GM said it was not a salary dump as he gave his thoughts on the five newest Buccos.

“A young outfielder that really even going back to last off-season have spent a lot of time looking at.  He was a late-bloomer high school player in Texas that the Padres did a good job with identifying and signing and got off to a really strong start in 2019 in the Gulf Coast League (.283, 120-AB, 7-2B, HR, 12-RBI, .383 OPS, never grounded into a double play).  Excited about his up-side.  He’s athletic.  We think he has the potential to help a team on all sides of the ball-defense, base running, hitting, has power potential.  Excited to add him to the group of position player prospects at the lower end of the minor-league system.”

“Wasn’t as high profiled a guy as an amateur in the international market.  Mets did a good job of identifying and signing.  Switch-hitting catcher who’s already performed in the states a little bit in the Gulf Coast League (66games, .276, 20-2B, 3-3B, 4-HR, 37-RBI,.389 OBP, no double plays)  We got some strong scouting reports on him on defense.  Switch-hitter, makes contact, think there is some power potential there, good athlete.  We’ve got good insight into the Mets organization from people who work here, feedback has been strong.  We do see him as a catcher, I know he’s played other positions.  We will develop him as a catcher.

“A left-handed pitcher from Mexico who has already performed well in full-season.  Pretty advanced approach, command, we like the delivery.  Stuff is still developing.  This is a young left-hand starter that we think fits into that group of pitching prospects that we have.”

“Different point in his career.  Local guy who has been in the big leagues already.  We think he will be in a position to compete for a job this Spring Training.  He has really good stuff.  Really good minor-league track record.  Great reputation as a guy, looking forward to getting to know him.”

“A guy that we’ve kind of know for a long time because of the Vandy background.  When you’re at Vandy, you kind of get known from the early point in your career.  One of the few guys at Vandy that has come in and pitched regularly as a freshman.  Been part of great teams in college, performed well.  Reputation as a great competitor.  We’ve got good relationships with the Vanderbilt program so we’re able to get some additional insight on him from them.”