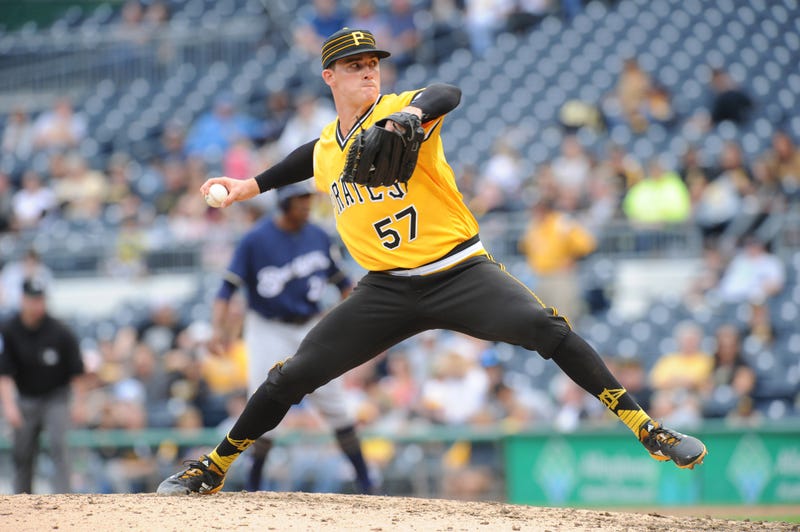 PITTSBURGH (93.7 The Fan) – The emotional, challenging, inspiring, yet short career of relief pitcher Nick Burdi with the Pirates is over. The team announced Burdi has elected free agency rather than accept an assignment with Triple-A Indianapolis.

The Bucs designated Burdi for assignment after he underwent Tommy John surgery in October and is out a year to a year and a half to recover.

Burdi had rehabbed from a previous Tommy John surgery in 2017 and then neurogenic thoracic outlet syndrome in 2018 to become the team’s closer while Keone Kela missed time last season.  After a game in Minneapolis in August, where Burdi threw as fast as 99 mph, the righty complained of pain in his elbow and was shut down for the year.

Burdi threw in three games for the Pirates in 2020, striking out all three batters he faced on 11 pitches at St.
Louis.  Burdi would get his first save two days later against Milwaukee.

The 27-year-old appeared in six Spring Training games in 2020, allowing two runs, walking one and striking out 10.