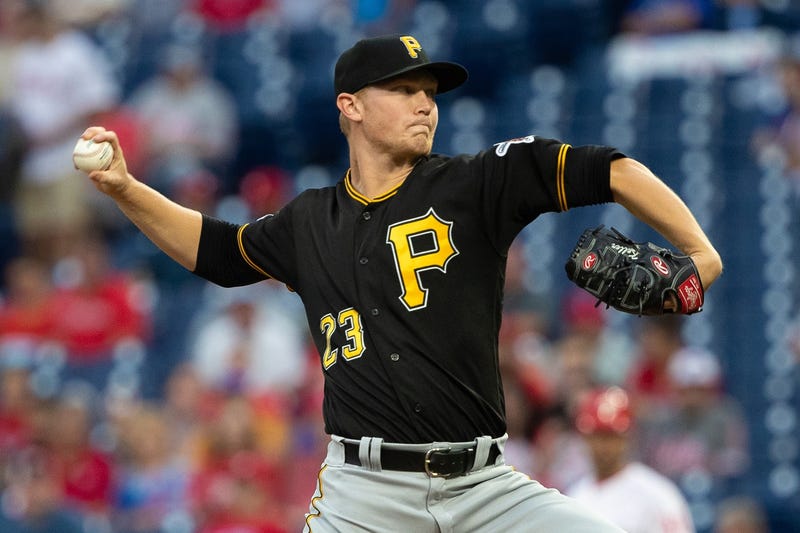 PITTSBURGH (93.7 The Fan) – As Pirates pitchers and catchers held their first workout of the 2021 season Wednesday. A quick role call would remind those that the team lost nearly all of their veteran starting pitchers via trade or free agency.

Now guys like Mitch Keller, he of 16 starts in the majors, are being asked to fill the void not just on the field, but in the clubhouse.

Keller learned from his predecessors to lead by example.

“Working my ass off every day and going out there and doing things the right way,” Keller said Wednesday.  “Just like Jamo, Joe and Trevor have taught me along the way here.  Just kind of follow in their footsteps.  Show them the ropes and be positive about everything.”

“it’s definitely different here without all of those guys.  They were four of our five starters and now they are all gone.  They are guys I looked up to.  Taught me how to be a big leaguer.  How to handle myself.  How to be a pro.”

The coaches have not been shy in telling the 2014 second round pick, he needs to up his game.  Keller said they are pushing him to be a player others look up to and be a starter they can build around.

It was quite an end to last season for Keller, not giving up a hit in his final two starts.  It spanned 11 innings with 9 strikeouts, but 10 walks.  Keller said he’s worked on his fastball command and getting to where he can throw his slider and curveball for strikes whenever he needs to.

“Using what my pitch arsenal is and really using that to my advantage,” the 24-year-old Keller said of the changes.  “Teaching me where I need to throw my pitches.  I was young, I really didn’t know how my stuff worked.  I was just following along with what the catcher put down.  I think working with Oscar and (Jacob) Stallings back there.  I have a pretty good sense now of what I want to do every time out there.”

Keller is a big piece of the future.  A former Pirates minor-league pitcher of the year, Triple A all-star.  He is most definitely a part of the group they want to go forward and win with.

“We know as players who they are talking about,” Keller said.  “Our young core here has really taken that to the next level.  We are the group and we need to get guys rallied around us and do something special here.”

“I hate losing.  I know they hate losing.   It’s time to really start something here and I think we are really excited with who we have to take us forward with that.”

“The goal is a championship.  Whether that’s this year, next year, two years, three years down the road.  We are all building towards that.”

“I think we have a really good group of guys.  What we got in return for Musgrove and Jamo.  Those are going to be big pieces for us going forward.  Just the young group in the big leagues is really going to propel us forward.  We are going to be the guys who are around when that happens.”