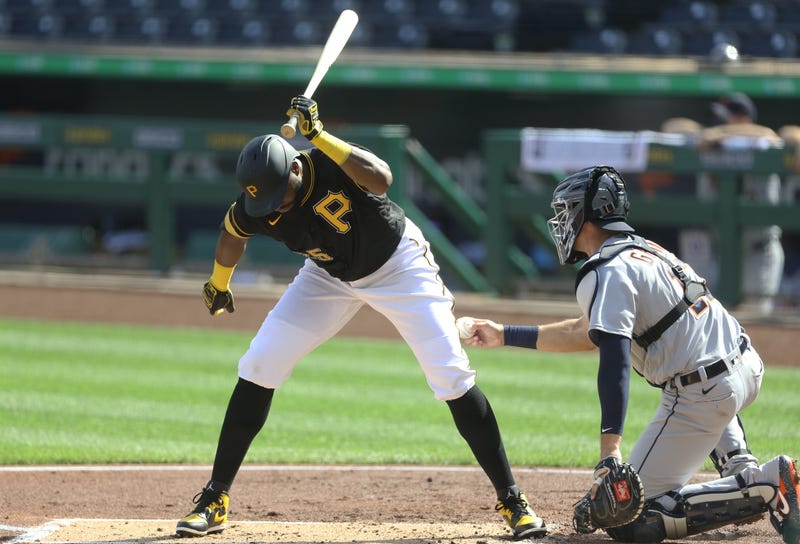 I don’t want to pile on Gregory Polanco.

Know what? Hard to believe he’s been this bad, too. It really is something. Again, I’m not here to pile on Polanco but his career, most likely in the short term and maybe even for the long term, needs to be finished.

No way to slice it or look at it any differently but that Polanco very well might be the worst position player in Major League Baseball this season.

That isn’t hyperbole or some trumped-up sports talk radio stuff … no, that’s pretty much fact. He really might be the worst player in all of baseball right now. Yikes.

And all of that leads us to a crossroad, both from an immediate standpoint and in the long-run. The short-term fix is simple from this view and it is a no-brainer. Polanco cannot be marched back out there anytime soon again by first-year manager Derek Shelton. I don’t care if you have to play Steven Brault in right field if you don’t want to call up Jason Martin from the Altoona camp for some reason, but the thought of penciling Polanco into the lineup card has to be a non-starter during game preparations at this point.

I would, at minimum, have Polanco sit at least 10 days.

There is some thought that maybe even shutting him down for 25 games or the rest of the 40 might be the way to go. Who knows?

At the very least I’d just shut him down or invent a phantom injury (no one has ever done that before in baseball, right?) that would shelf Polanco for the better part of two weeks if not longer. During that time I’d get him away from the monotony of preparing and then playing in games each day and try to work with him on ripping everything down and building it back up again.

That won’t be easy. I don’t know how much (if any) of this season is salvageable for Polanco.

But all that, all the short-term stuff, is just the half of it.

The long-term stuff is the real problem here --- one big, long going away present from Neal Huntington and The Best Management Team in Baseball.

Polanco is still due to make $11.6 million next season. The Bucs are on the hook for that almost-certainly because who in their right mind would trade for a guy hitting .070? It just won’t happen. You could salary-dump and “hope” someone picks up some of his cost, but from this vantage the Pirates will need to pay Polanco $11.6 million for next season before even getting to two buyouts he has --- one for 2022 and the other for 2023 that total $4 million.

Short story here, the Pirates will still owe, at minimum, Gregory Polanco North of $15M even when this disastrous season comes to a close.

If Polanco helps the Pirates next season, he does. It would be a bonus. If not? So what --- pay him to just sit on the bench if you have to.

But in looking at everything and doing it reasonably, I’m just not seeing as how an argument will or can be constructed that Polanco will ever truly help the organization again.