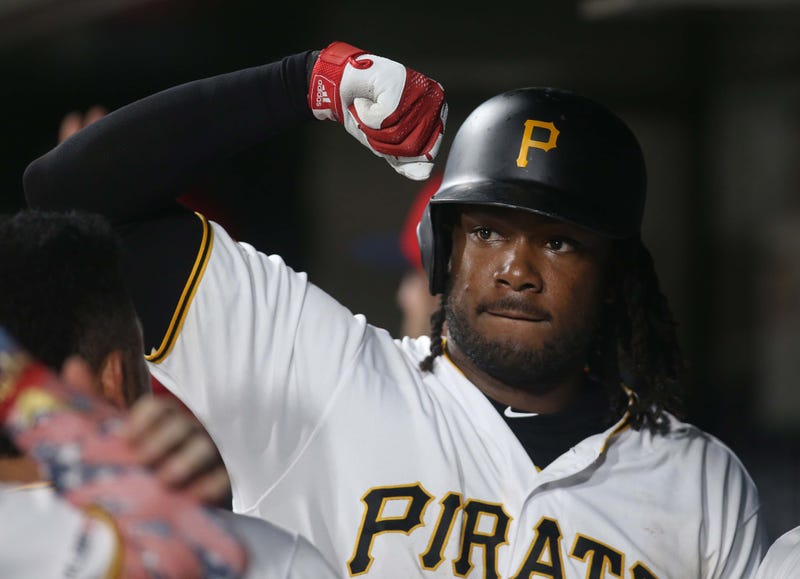 “I can honestly say that Josh is someone that we really respect and appreciate what he meant to the Pirates and how he played and how he wore the uniform,” said GM Ben Cherington on Thursday after announcing the trade to Washington for a pair of minor-league pitchers. “At the same time this is very clear to us that this was a decision we had to make and, although difficult as much as we appreciate Josh and respect Josh, our focus more than that is on the Pirates and building a winning team.”

“A team that our fans can be proud of over a long period of time.  We knew in order to do that, in order to build that winning team, it’s going to require some difficult decisions at times, this is one of those.”

Bell was due a raise from 4.8 million to a projected 6 million this year, according to spotrac.com.  It’s also worth noting he would be a free agent in 2023.

Did the Pirates, though, sell too low on Bell given he still has potential and is under control for two more years?

“We just looked forward,” Cherington said.  “What are the potential paths we can take with Josh and compared that to what was on the table currently.  We weigh all of those factors as best we can.  We weigh the different possibilities what might happen a month from now, a year from now, etc.  Weigh all of that in, compare that to what is on the table now and make the best decision we can.”

“We’re excited about the pitchers we got in this deal.  We think Wil Crowe and Eddy Yean have a chance to be starting pitchers in the major leagues and help be a part of what we are building in Pittsburgh.”

In the short team, Colin Moran steps in a first base after leading the Bucs in homers, runs and RBI this past season, second in hits and doubles.

“I don’t think we would make a trade with a player because of some other player necessarily, but separate to this trade, we are encouraged by what Colin did,” Cherington said.  “Certainly believe he can do a really good job if he’s getting a lot of at bats at first base.  We are excited to see him build on 2020.”

Cherington said it was a difficult conversation with Bell and he knows the reaction from outside the organization, maybe even inside.

“Sad to see Josh Bell go,” pitcher Jameson Taillon tweeted.  “We grew up in the system together, and it’s been run watching him turn into a true major leaguer on and off the field!  I’ll be rooting for you for life brother.  It’s been real suiting up with you.”

“I understand Josh is a likeable guy, a likeable player and he did a good job in a Pirates uniform,” Cherington said.  “More than anything else, I believe what Pirates fans want is a winning team.  More than they want to root for a single player.  Even one who is a really, good guy and good player.  That’s how we see it.  For those of us in baseball operations, that’s what we wake up thinking about every day, how do we build a winning team and one that can be sustainable.”