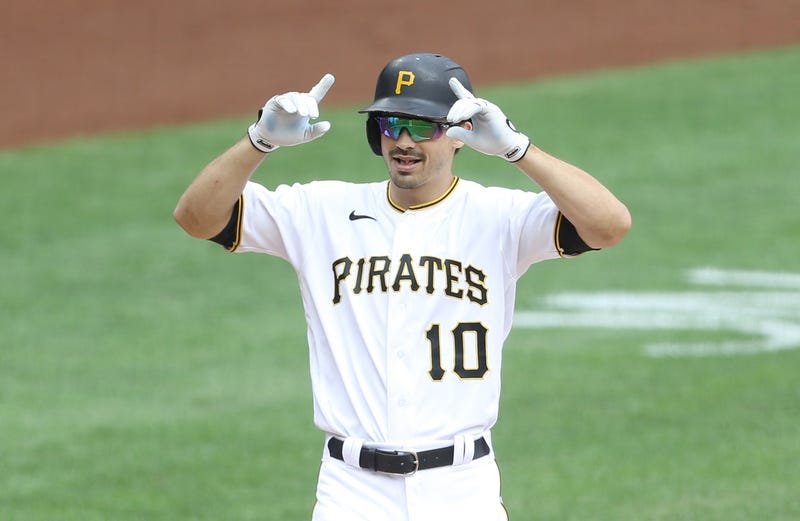 PITTSBURGH (93.7 The Fan) - The sophomore jinx is very much a real thing for Pirates outfielder Bryan Reynolds.

After hitting a robust .314 and finishing fourth in the National League Rookie of the Year voting in 2019, Reynolds has experienced nothing close to that success in what has been a disastrous abbreviated season for the Pirates.

"I wanted to have a good season and play well on both sides of the ball and help us win," Reynolds said Monday. "I think I played decent defense, but my offense is terrible."

As Reynolds struggled into August, manager Derek Shelton said repeatedly that he's hit at every level and expected him to snap out of his slump.

"I think the most important thing about Bryan Reynolds is he was born as a hitter," Shelton said four games into the season. "He hit in little league. He hit in high school. He hit in college. He hit in the minor leagues. He hit last year. He's going to hit. "

Reynolds entered Monday's game vs the Cubs batting .180. He went hitless in his first four games of the season and his highest average was .220 on August 23.

"It's tough that it's a shortened season, so everything's compounded and looked at like that's the whole season," Reynolds said. "But that's where we're at right now. Just have to regroup and get ready for a real full season."

The switch-hitter is resigned to this season being what it is and looking forward to a better 2021.

"There's no getting out of it at this point," Reynolds said. "I"m not going to be hitting what I want to hit, so I'm trying to find something this last week that I can build on for next season. Obviously, I would like to have more games, have 160 games instead of 60 to get things back to where they should be, but I don't have that luxury."

And how much of an aberration is this season? To Shelton's point early in the season, Reynolds, in his three seasons at Vanderbilt and three-plus seasons in the minor leagues, never hit below .302.