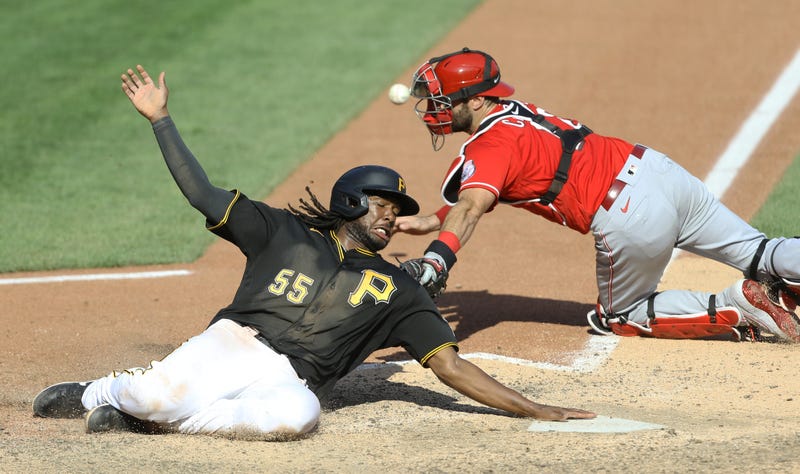 PITTSBURGH (93.7 The Fan) – Along with being the rescheduled Steelers game, Duquesne and West Virginia basketball, Wednesday night was also the MLB deadline for signing arbitration-eligible players.

Here is what is going on with the Pirates.

Josh Bell is the most intriguing and will be an interesting arbitration hearing and for the Pirates to evaluate.  The 28-year-old hit 8 homers with 22 RBI while hitting .226 with a .364 slugging percentage this past season.  In 2019, Bell hit 37 homers and drove in 116 with a .569 slugging percentage.  Solely based on this year, would Bell get much of a raise from the 4.8 million the Pirates signed him for last year to avoid arbitration?

A pair of starting pitchers, Joe Musgrove and Steven Brault and three relievers: Richard Rodriguez, Chris Stratton and Kyle Crick all will go to arbitration.

The record wasn’t good as Musgrove dealt with ankle and triceps injuries, but the righy finished with a 3.86 ERA with a team leading 55 strikeouts.  Musgrove is 18-26 with a 4.23 ERA and 1.20 WHIP in three years with the Pirates.

Brault started only 10 games but showed the most promise he has in five years with the Pirates.  The lefty was 1-3 with a 3.38 ERA with 38 strikeouts and 22 walks.  Brault would be under team control until 2024.

Rodriguez actually led the Pirates in wins, three, as a reliever and saves, 4, with a 0.86 WHIP.  The 30-year-old struck out 34 to five walks and it’s his first year to be arbitration eligible.

Chris Stratton has been steady for the Bucs, 2-1 with a 3.90 ERA with 39 strikeouts in 30 innings.  Crick battled injuries, pitching only 5.2 innings and allowing six runs, but only one earned.

The sides can agree to a contract before the arbitration hearings and that how it happens most times.  According to Spotrac.com the 10 Bucs players to be signed would get over 23 million total, but that number could fluctuate.