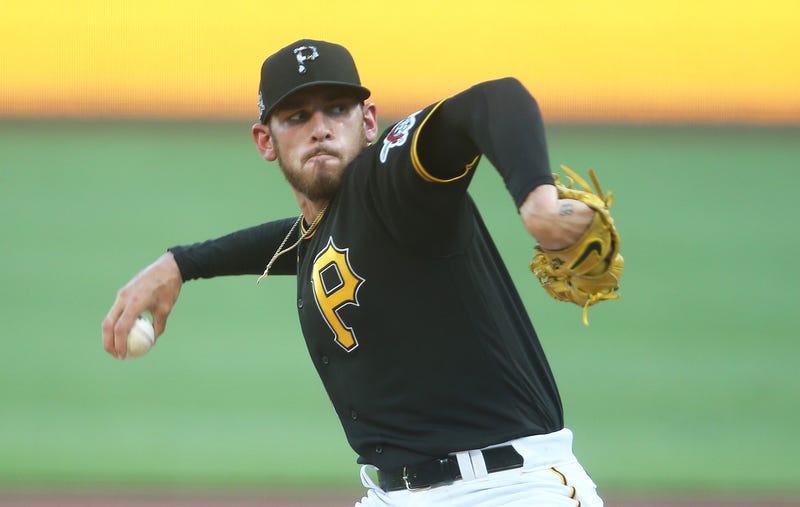 PITTSBURGH (93.7 The Fan) – The Pirates traded starter Joe Musgrove to the Padres Monday for four prospects and then exchanged a Padres pitcher for a Mets catcher.

The 28-year-old Musgrove was 1-5 last year with little run support for his 3.86 ERA.  Musgrove was part of the Gerrit Cole trade and started 58 games for the Pirates with a 4.23 ERA and was expected to be a part of their future.

Bednar drafted in the 35th round out of Lafayette College following his time at Mars High School.  A righty reliever, Bednar has pitched in 17 games in the majors with a 6.75 ERA with 19 strikeouts to 7 walks.  Bednar jumped from AA to the Majors in 2019.

Cruz has pitched two years in the minors, going 3-4 with a 2.38 ERA having yet to advance past A ball.  Cruz struck out 138 over 98.1 innings with one home run allowed.

The Mets sent 20-year-old switch-hitting catcher Endy Rodriguez to the Pirates for Padres lefty Joey Lucchesi, making it a 3-team trade.  The switch-hitter has hit .276 in rookie ball with 4 homers and 20 doubles in 66 games and has thrown out 42% of the runners attempting to steal.