The Alex Cora effect in free agency seems to already be kicking in.

Red Sox name Alex Cora as their next manager.

That led to reaction from a certain reliever who just happens to be on the free agent market.

It turns out that Keone Kela would love to call the Red Sox his next team. 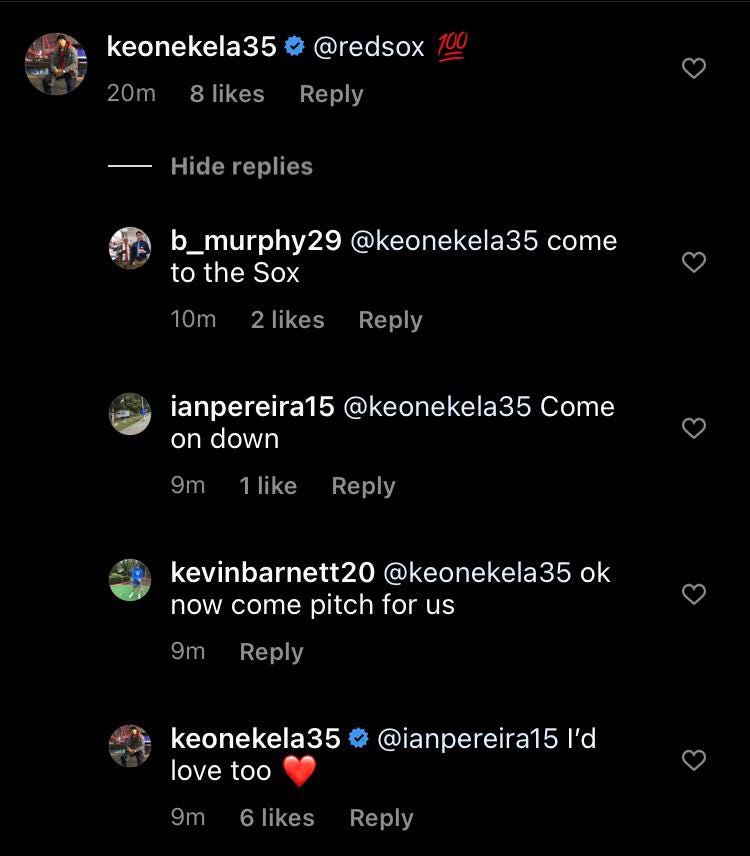 Kela was thought to be a closer-candidate not too long ago, getting dealt from the Rangers to Pittsburgh for a top pitching prospect at the 2018 trade deadline. That season he finished saving 24 games in 26 opportunities for the two teams.

But the last two seasons haven't gone how the 27-year-old Kela or Pittsburgh envisioned, with the hard-throwing righty going 1-for-5 in save chances in 2019 before appearing in just three games in 2020.

His season ended in September after experiencing forearm inflammation.