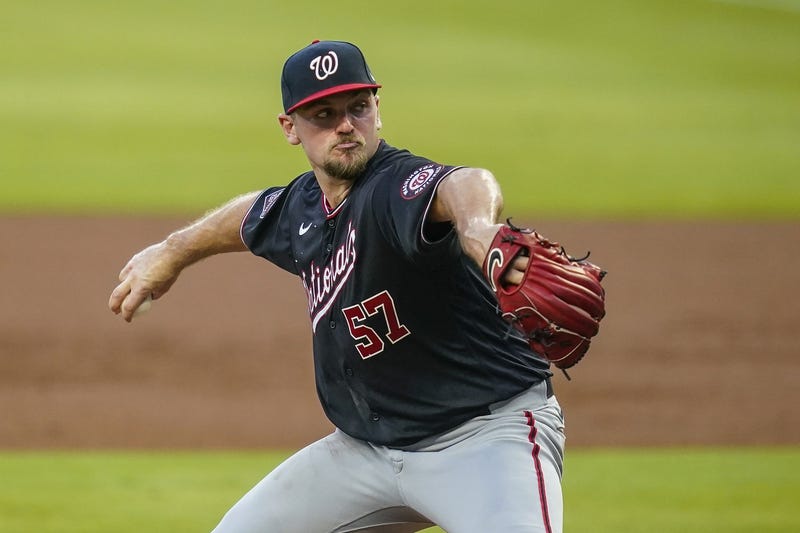 PITTSBURGH (93.7 The Fan) – Pirates general manager Ben Cherington said both have the chance to be starting pitchers in the majors, so what did the Pirates get from the Nationals for trading Josh Bell?

Wil Crowe, 26, is the closest to the majors.  He is ranked the Pirates 17th best prospect according to mlb.com, is 6’2”, 228 pounds and a second round draft choice by the Nats in 2017 out of the University of South Carolina.

“He’s got the pitches and the know-how and the physical characteristics and the history that suggest he can be a starting pitcher in the major leagues.”

Eddy Yean, 19, 6’1”, 180 pounds is already the seventh best Pirates prospect, according to mlb.com, getting a $100,000 dollar bonus to sign with the Nationals out of the Dominican Republic.

Cherington describes the right-hander as a big, strong pitcher with a mid-90s fastball (that touches 97mph frequently according to mlb.com) with a lot of life.  The Bucs also believe Yean has a chance to develop a really, good slider and he already has a good changeup.

Cherington said he’s excited about the work being done with their new pitching program from the low minors to the majors.

“I believe the Pirates can be a place where those guys improve and flourish,” Cherington said.  “Proof will be in the pudding, we have to continue to work really hard on that.”

In just his first full year on the job, Cherington said other moves will be made and given what he knows about the Bucs system, most of their pitching talent is still in the low minors and they need 30-40 of them because so much can happen in a player’s development.