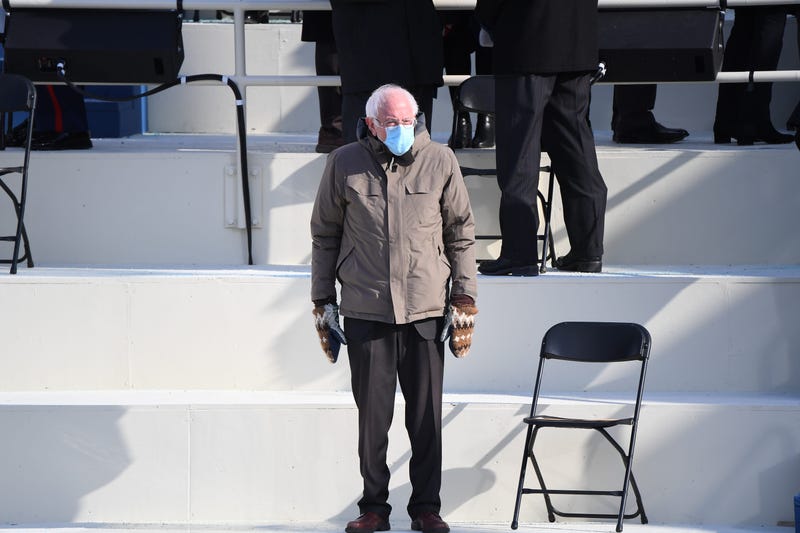 PITTSBURGH (93.7 the Fan) A new meme that has taken the internet by storm, and it’s the gift that keeps on giving.

The Bernie Sanders sitting meme has taken on a life of its own and has reached all corners of the internet.

The meme has taken on some Pittsburgh flare as local sports legends Franco Harris and Mario Lemieux have made their own photo edits for the meme.

Hall of Fame running back Harris cropped Sen. Sanders into a photo of his famous Immaculate Reception statue at the Pittsburgh International Airport.

The caption in the photo posted to Instagram said that Sen. Sanders is a new addition to the airport greeting, and saying it is an “immaculate surprise.”

Hall of Fame center and current Penguins owner Lemieux made a Twitter post of Sen. Sanders out front of PPG Paints Arena waiting for game day, but no fans are allowed.

When the @penguins are playing at home but no fans are allowed into @PPGPaintsArena yet... pic.twitter.com/M6ND9W2kTh

There is so much more sitting Sanders to be seen, keep an eye out.