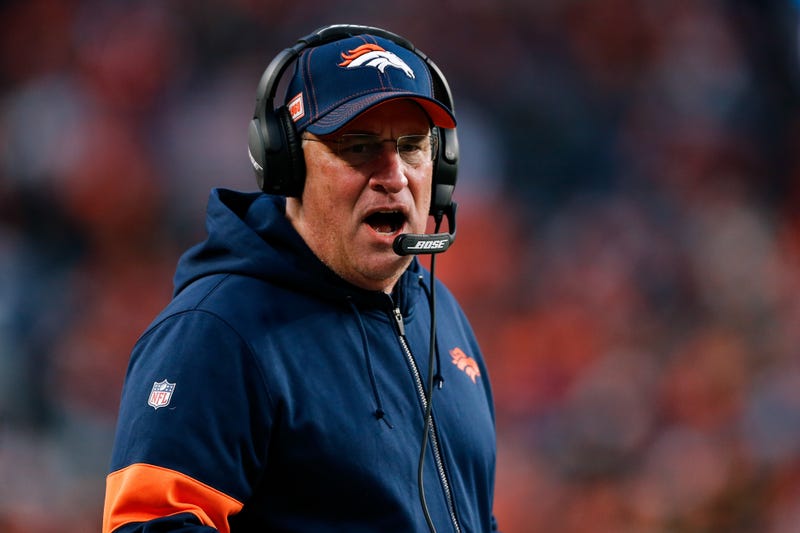 PITTSBURGH (93.7 The Fan)- The Steelers look to stay undefeated on the season when they welcome the 0-1 Denver Broncos into an empty Heinz Field Sunday at 1:00 pm.

According to 104.3 The Fan’s James Merilatt in Denver, who joined The Fan Morning Show Friday, the Broncos don’t come in without some question marks.

Particularly, with their head coach Vic Fangio. This was Merilatt’s answer when asked if Fangio was “in over his head” in Denver.

“Yes. He is. There aren’t a lot of people in this town who are willing to say it yet. I took a lot of criticism yesterday for saying this on the air and then saying it on social media but I think Vic Fangio’s got to go.

I know it’s been one game this year but it’s 16 games last year and we’re seeing the same things again this season. It’s a team that’s built on its defense, they spend more money on that side of the ball than any other team in the league and they continually blow leads late in games.

They gave their defense the lead with 3 minutes left and Tennessee pinned back at their 10 yardline. If you’re a defensive minded team, you have to win that game. This is the 6th time in 17 games that Vic Fangio’s defense has failed and that’s not even getting into the timeout situation which high school coaches know you need to call a timeout at that point. Fangio apparently had no idea he needed to use them, he was too focused on what defense to call.”

The timeout scenario he referenced came at the end of the game Monday night against the Titans when Fangio didn’t use a timeout and instead set up Tennessee to hit a 25-yard field goal to take the lead with 17 seconds left.

Futhermore on Vangio and the Broncos…

“Vic Fangio wants to win games 17-14. He doesn’t want to win 31-28. He’s a 17-14 guy. So they ask their offense to go out there, ‘Hey, don’t turn the ball over. Don’t put the defense in bad positions. Make the opposition drive 80 yards every time against this defense and we’ll be fine.’ That’s just not coming to fruition for two reasons.

The late game collapses that I mentioned but the other part of it is, they can’t get teams off the field. The Titans ran a 12-play, 15-play, 14-play drive, the Broncos ran 6 offensive plays between late in the 2nd quarter and early in the 4th quarter. They just weren’t on the field because Vic Fangio’s defense can’t get off.

The defense isn’t helping the offense, they force no turnovers, they don’t give them a short field, they can’t get them on the field. It’s turned into a team that is playing not to lose.”

Other than that, things are great! But seriously, Merilatt is a fan of quarterback Drew Lock.

“People talk about his swagger; I’ve been more impressed by his poise. He seems under control, seems to know what he’s doing, doesn’t seem overwhelmed. They’re keeping it simple for the young quarterback, but to this point, I haven’t seen anything that an opposition has thrown at him that has rattled him or confused him. So I think he’ll be up to that task. Now, whether or not the coaching staff lets him do enough to beat the Steelers and put enough points on the board to make it interesting, that remains to be seen.

They like to play a conservative brand of football, that’s for sure.”