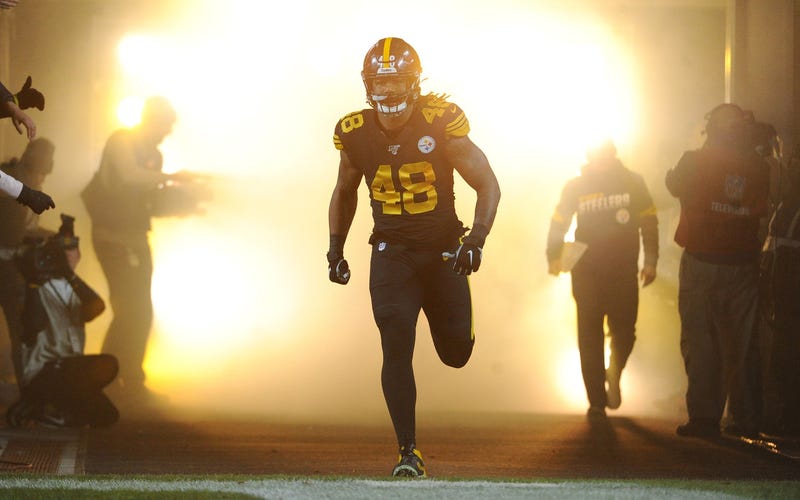 PITTSBURGH (93.7 the Fan) According to John Clayton, Steelers’ outside linebacker Bud Dupree could be eyeing a one-year contract not worth an exorbitant amount of money.

Dupree was one his way to having a career year in sacks when he tore his ACL during Week 11 and was forced to miss the remainder of the season.

Clayton joined the 93.7 the Fan’s PM Team to talk all things Steelers, from Dupree to Dwayne Haskins, the up coming Super Bowl, and more.

Thanks to the ACL injury and the low salary cap that is expected from the NFL, Dupree’s number is not as low as many would have expected.

Clayton says that Dupree could be looking for a one-year $6 million deal.

.@JohnClaytonNFL says on @937theFan he expects Bud Dupree to sign a 1-year deal in the neighborhood of $6 million this offseason. Because of ACL and low salary cap.

The Steelers have to find a way to make that happen.

The contract could be considered a “provisional” deal and that many free agents are going to feel the effects of a depressed cap situation.

No matter what kind of deal Dupree receives, he said that he is ahead of schedule in rehab and should be ready to go for training camp.