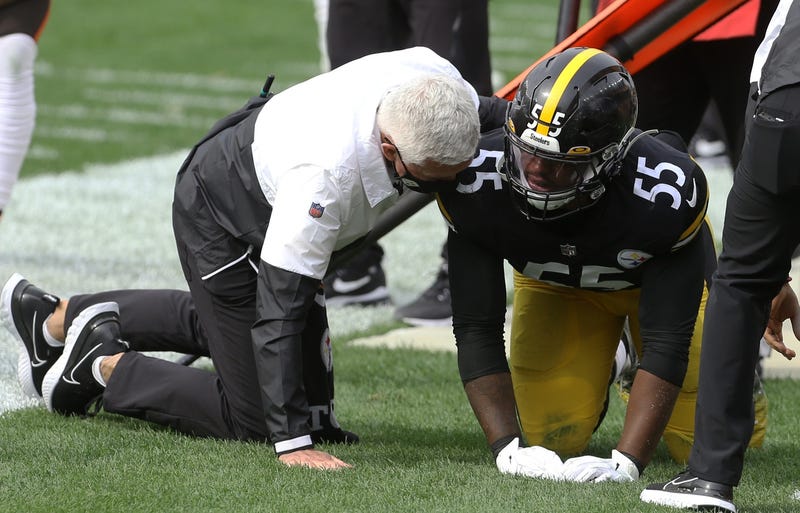 PITTSBURGH (93.7 The Fan) – He relays the plays for the defense that stuffed the Browns on Sunday, Steelers did lose linebacker Devin Bush to what head coach Mike Tomlin said appears to be a “significant” knee injury in the second quarter.

The second year linebacker was pursuing a pass attempt by Baker Mayfield to D’Earnest Johnson and after diving into the Browns sidelines, he couldn’t get up.

A few teammates, including fellow linebacker Vince Williams, immediately took to a knee in a sign of a serious injury.

Bush was able to walk to the sideline with spotters on each side, but didn’t return to the game.

The Steelers first round pick last year was second on the team with 21 tackles and had a big sack in the first half.

Multiple reports say Bush is out for the season with a torn ACL.

“I want to send my thoughts and prayers to his family and everything he’s going through right now,” said quarterback Ben Roethlisberger. “It makes you sick when a young, skilled player like that gets hurt.”

Second year pro and former released linebacker Robert Spillane and converted safety Marcus Allen would get the first opportunities to fill that role.

“We will put together a formula that will allow us to function in the interim.  Believe it.”