Pacman got a package.

And for just one small span a time we all remembered again what it was like for the Steelers and Bengals to hate each other.

We-can’t-stand-those-guys-and-they-can’t-stand-us kind of hate. Oh man, I loved it. You love to see it.

We have seen it in this town with the Ravens in the past, with the Browns in the way past (maybe it’s rekindling?) and, of course, it took a violent and crazy few turns with the Bengals.

Man, I miss those days.

But we got a reprise and echo of those feelings when the FedEx man made a stop at Adam “Pacman” Jones’ house in Greater Cincinnati on Wednesday. All he did was deliver a package; guy did his job. The contents, however, had the former Bengals defensive back and current advocate for the legalization of marijuana seething. He was riled up and it was marvelous.

The box looked innocuous enough. But when Pacman opened it up, the parcel was full of signed, really nice Joe Haden jerseys. Steelers ones. 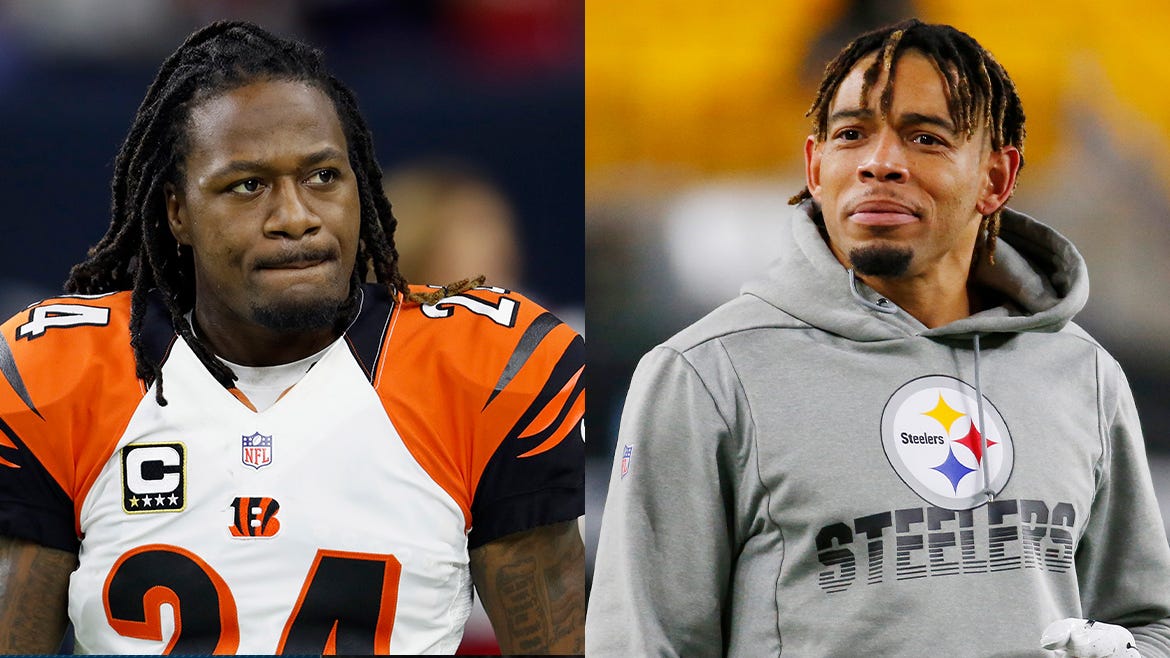 This didn’t sit well with old Pac. He ripped the container open and burned the signed tops the hell up right there in the driveway of his fancy house. Flames shooting up, growing and growing as Pacman added gasoline to that pile of clothes. He looked like a hostile husband who just found out his wife had been galivanting around town with another beau and decided to take an inferno to her garments.

It was all so gloriously cringeworthy.

Those emotions were super real. I mean, he almost burned his whole damn arm off trying to make a point on Instagram and show it to the world. He poured gasoline from a can all over those jerseys before igniting them and almost caught the backflash that would have sent him quickly to the burn unit. Imagine the thought of his neighbors in those million-dollar homes that flank his upon seeing that?

Stand there and laugh?

Who the heck knows.

Anyhow, back to Pacman …

One doesn’t do that if they aren’t mad as mad can be. A person who is just kind of mad doesn’t take a package and burn the contents --- you have to be super mad. And Pacman was.

That moment typified and epitomized just how much true sports hate that old Steelers-Bengals rivalry had.

Watching those Joe Haden jerseys burn forced me to think “man, that wasn’t fake for those guys, they really did dislike each other.” Upon watching it on Instagram, that’s what rose to the surface most for me --- that there wouldn’t still be the disdain like we saw in that video unless all those emotions between Tomlin’s Steelers and Marv’s Bengals was 100 percent genuine.

My, did they hate each other. And we were all an audience to that magnificent theatre.

When Antonio Brown and Vontaze Burfict left the Steelers and Bengals, respectively, this rivalry sort of went out the window. It lost a ton of its luster. The Bengals stink now and probably will for quite some time. That’s the evolution of the Bengals --- stink for a long time and then have a little window where they can make some noise.

So, don’t expect the Steelers and Bengals to create the same kind of drama they did back on Jan. 9, 2016 when that AFC Wild Card game turned into Joey Porter almost causing a full-blown riot where the National Guard needed to be summoned.

Yeah, we probably won’t see anything like that in the near future --- if ever again.

But it was certainly nice to see the deep fire of the one-time rivalry still burning strong. Right there on Pacman’s concrete driveway Wednesday.