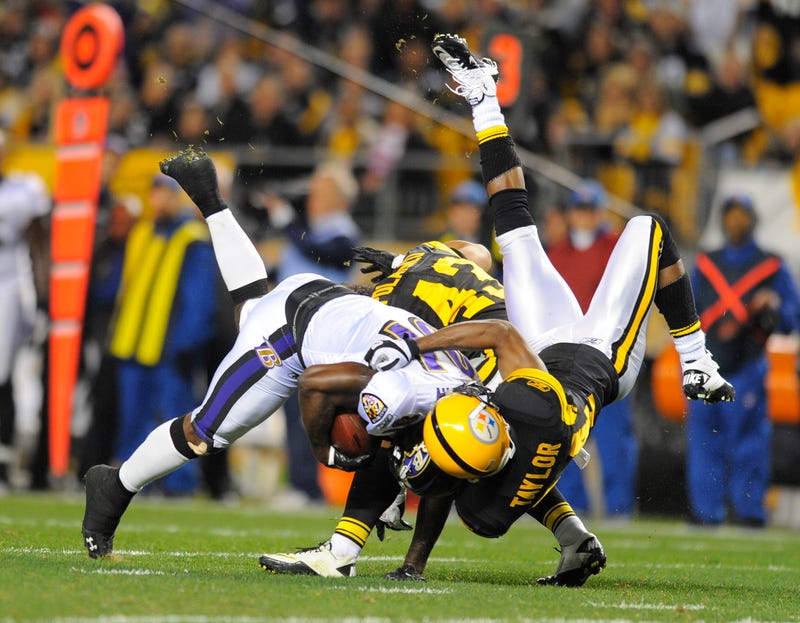 Former Steelers CB Ike Taylor knows the Ravens/Steelers rivalry all too well, playing all 12 of his NFL seasons in Pittsburgh and battling the Ravens 24 times. In those 24 matchups, he tallied 2 picks and 24 pass defenses, compiling a 12 and 12 record along the way. Every game was a knock-down-drag-out fight but for Ike, there was always a deep respect for Baltimore, as their franchise was a lot like the one in the Steel City.

Ike joined the Big Bad Morning Show on Wednesday and recounted his time battling the likes of Ray Lewis, Ed Reed, and Terrell Suggs, what it was like to prepare for a Ravens/Steelers game, and explained why the respect the two sides had for each other ran just as deep as the hatred.