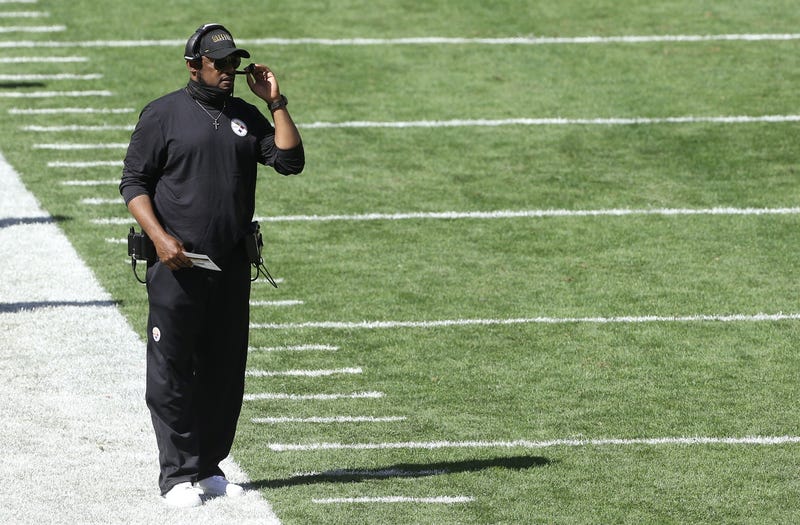 Any bad blood between Myles Garrett and Mike Tomlin seems to be non-existent.

Before the Steelers/Browns game at Heinz Field on Sunday, The Cleveland defensive end walked up to Pittsburgh’s head coach to give him a handshake and a hug.

Garrett infamously hit Steelers quarterback Mason Rudolph with his own helmet last season after a scuffle in Cleveland.

Garrett served a lengthy suspension but was reinstated by the NFL.

But according to NFL Network’s Aditi Kinkhabwala, Tomlin and Garrett talked for about 30-45 seconds about 20 minutes before kickoff.

#Browns DE Myles Garrett just walked over to #Steelers head coach Mike Tomlin and put his arm around him. The two talked for abt 30-45 seconds. pic.twitter.com/xVf5IzoMy2

Tomlin appears to be forgiving of Garrett after he repeatedly said the incident with Rudolph was spurred by a racist remark by the quarterback, something Tomlin vehemently denied and defended Rudolph over.

An investigation by the NFL found no credence to Garrett’s claims.

Earlier in the week, Garrett said the incident with Rudolph is in the past, but no matter how many sacks he racks up in the NFL, he will always be known for hitting another man in the head with a helmet, causing a concussion.

Garrett also said he wouldn’t seek Rudolph out and according to reports, neither spoke to each other before game time.

sports
Report: Joakim Noah headed for retirement
sports
Richard Sherman knows who should be next head coach of Lions
music
Academy confirms 'in-person telecast' for 2021 Oscars
news
Kevin Durant optimistic, but uncertain if he is back to being old self: ‘Who knows’
news
CDC panel says healthcare workers, nursing homes should get vaccine first
sports
Tyreek Hill willing to give Adam Schefter 40-yard start in race for charity