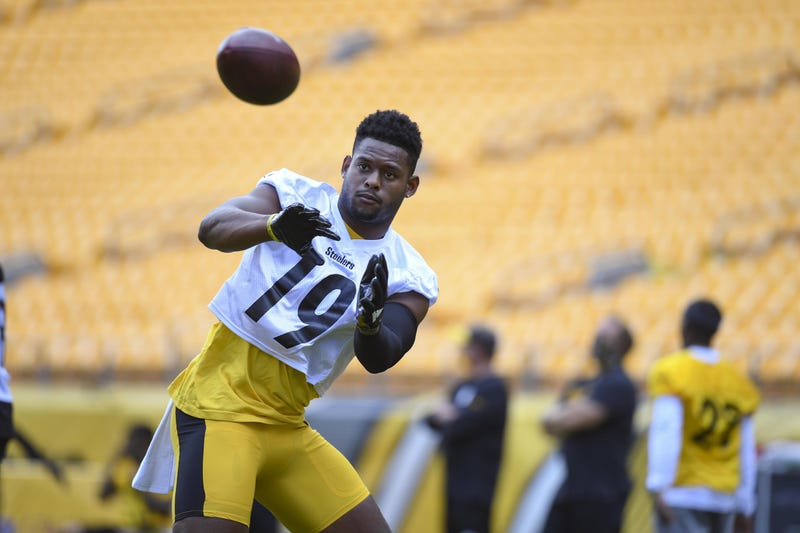 The Steelers have two important decisions to make regarding two of the team’s better and more beloved players.

Veteran defensive lineman Cam Heyward and fourth-year wide receiver JuJu Smith-Schuster are entering the final year of their contracts and, to this point, neither seems overly optimistic that an extension will be coming shortly.

“Honestly, there are no new updates,” said Heyward, who is entering his tenth year in Pittsburgh, during Monday's training camp practices at Heinz Field. “We’re in, what, the third week of camp? Nothing of any substance. Y’all know where I stand. I want to be a Pittsburgh Steeler and lead this team to a Super Bowl.”

While Heyward is coming off another strong season, with nine sacks, Smith-Schuster is looking to rebound from an uncharacteristically poor statistical year, with 552 receiving yards and three touchdowns. He did so while missing four games due to injury.

Theoretically, what contract would you rather have?

So the question for the Steelers has become if Smith-Schuster is the budding star he displayed in his first two years — when he played opposite Antonio Brown — or more the player of 2019, who had to play without Ben Roethlisberger for nearly the entire season.

“As of that right now, I’m not worried about that,” Smith-Schuster said. “It’s more so just playing ball. With everything going on right now, you just never know what could happen.

“As for me, I’d love to be a Steeler, but at the end of the day, I’m here to play ball, win games for the team and for the organization.”

Smith-Schuster is only 23 years old and has produced at an early age. There is significant upside with him. But top-tier receivers demand at least $15 million per season, which could make Smith-Schuster a luxury that Pittsburgh simply won’t be able to afford given the need to sign others, like defensive stars T.J. Watt and Minkah Fitzpatrick, in the near future.

Heyward has repeatedly expressed his desire to get a deal done and remain in Pittsburgh long-term. He has racked up 54 sacks, been to three Pro Bowls and been named All-Pro twice while with the Steelers.

He will make over $13 million this season, but is now 31 years old and plays a physically demanding position. That said, Heyward is a leader, a team captain, and has Pittsburgh roots. His mother is from Pittsburgh and runs his Pittsburgh-based foundation. He was born in Pittsburgh and his father, Craig ‘Ironhead’ Heyward, was a standout at Pitt. So a ‘hometown discount’ could be a possibility for Heyward and the Steelers.

“I love my team, I love my teammates, I love this city and the coaches,” Heyward said. “I love being a Pittsburgh Steeler. You have to take two to tango. I want to be here. We just have to see what happens.

“There’s a couple more weeks before the season. All I can focus on is what I can control, and I’ll leave it at that.”

Ultimately, a major factor in both deals could be the COVID-19 pandemic. Projections are that the salary cap will be reduced somewhat significantly over a number of years to offset lost revenue for the league. The exact numbers are unknown and will likely change depending on how long the NFL is impacted by the virus.

“I know dealing with the coronavirus definitely halted a lot of things,” Heyward said. “Early on, we had set dates to talk, and we’re past those dates. Nothing really got resolved or really ramped up. My agent’s talking to them, but there hasn’t been anything of substance.”

“I want to have faith, but I’m going to be ready to play either way. I’m going to make sure I am locked in on the season. This won’t be a hindrance on my performance this year.”